Kim So Hyun To Find Herself At The Center Of Love Triangle With Yoo Seung Ho And INFINITE’s L In “Ruler: Master Of The Mask”

A love triangle between Yoo Seung Ho, INFINITE’s L, and Kim So Hyun will officially begin unfolding in “Ruler: Master of the Mask”!

The newly revealed preview stills show Yoo Seung Ho, Kim So Hyun, and L gathered in one place for the first time. Kim So Hyun and Yoo Seung Ho are bowing down to L, the current Crown Prince, who suddenly takes off his robe and wraps it around Kim So Hyun. He then takes her away, leaving Yoo Seung Ho dumbfounded. Yoo Seung Ho and L’s confrontation will make viewers curious to find out how their rivalry will turn out. 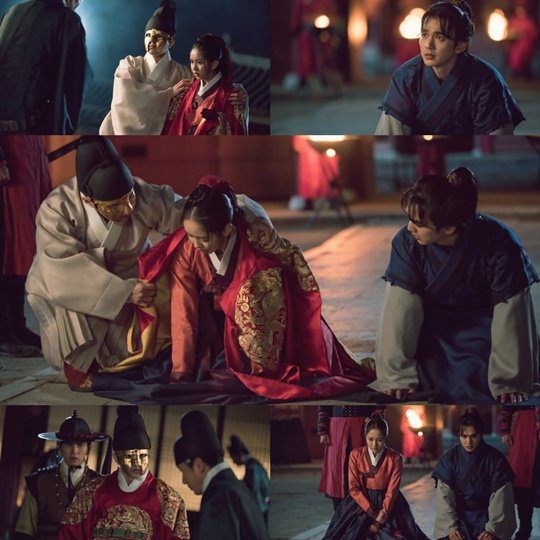 This scene was shot on April 11 in Buan County of North Jeolla Province. The three actors had become so close by this point that they had endless conversations that lightened up the mood. As soon as they began rehearsing for the scene, however, they got right into character. It was only until someone made a mistake that the three of them burst into laughter and returned to their usual selves.

The producers of the drama stated, “This scene is an important one in which Yoo Seung Ho and L, whose identities were switched, confront each other for the first time to win over Kim So Hyun’s heart. Please look forward to their complicated love triangle.”

INFINITE
Kim So Hyun
Kim Myung Soo
Yoo Seung Ho
Ruler: Master of the Mask
How does this article make you feel?