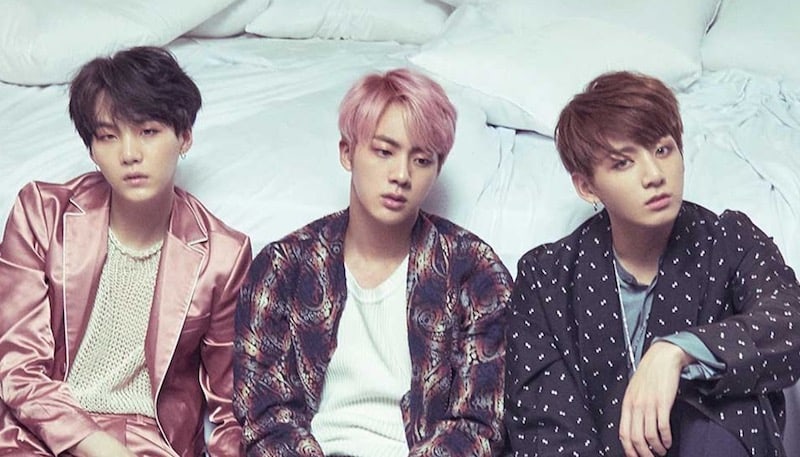 Listen: BTS’ Suga Teams Up With Jin And Jungkook For New Version Of Mixtape Track “So Far Away”

BTS has shared the final of their “2017 BTS Festa” gifts for fans: a new version of one of the tracks from Suga’s mixtape!

On June 14 at 11:50 p.m. KST, the group wrapped up their fourth anniversary celebrations by releasing a new rendition of “So Far Away” from the mixtape that Suga put out last summer under the name Agust D. The original track featured singer-songwriter Suran, who Suga recently worked with on a chart-topping single.

The new version of Suga’s “So Far Away” features Jin and Jungkook singing Suran’s original parts, providing beautiful vocals that fans are bound to love.

The release of this track marks the end of another fun couple weeks of the annual “BTS Festa,” as the group shared almost daily gifts with fans in the lead-up to their debut anniversary on June 13. The guys hosted a fun event on the big day entitled “BTS Home Party,” which was broadcast live via Naver’s V Live and featured plenty of great performances and games.

BTS
Jungkook
Suga
Jin
How does this article make you feel?