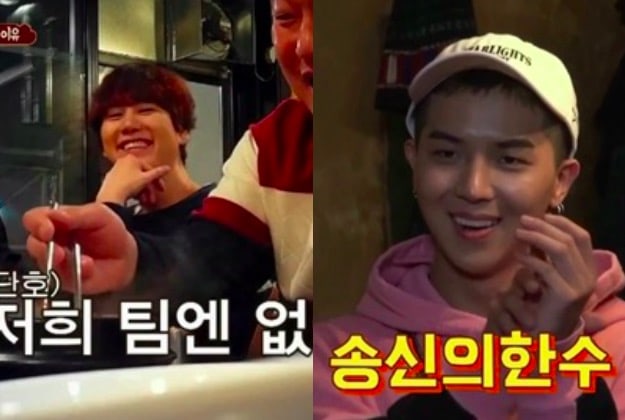 Super Junior’s Kyuhyun and WINNER’s Song Mino each had a witty response when asked whether there are any other funny members in their respective groups.

On the June 13 broadcast of tvN’s “New Journey to the West 4,” the members enjoyed a dinner meal together before their trip to Vietnam.

The producing director Na Young Suk then asked him, “Are there any other funny members in WINNER?” and Song Mino answered, “Kim Jin Woo. You have no idea what he’s thinking.”

Lee Soo Geun then warned him, saying, “Don’t compliment him too much. He’ll become your replacement.” At that, Song Mino said, “But he’s not funnier than me.” Meanwhile, Kyuhyun said outright with a mischievous smile, “There aren’t any on my team.” 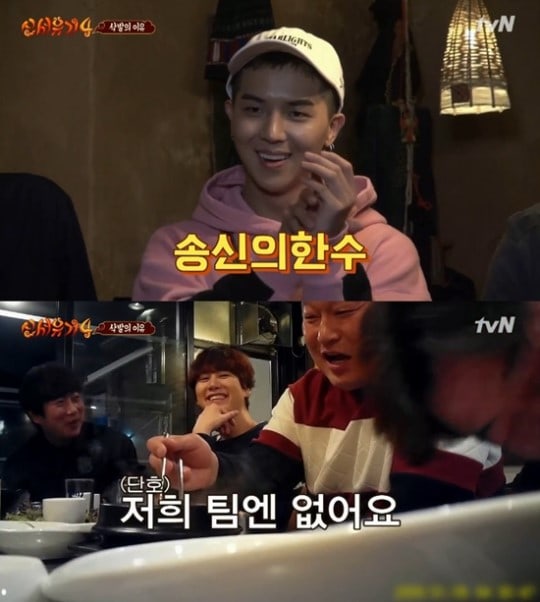 Do you agree that Song Mino and Kyuhyun are the funniest members of WINNER and Super Junior?

WINNER
Super Junior
Song Mino
Kyuhyun
New Journey to the West 4
How does this article make you feel?