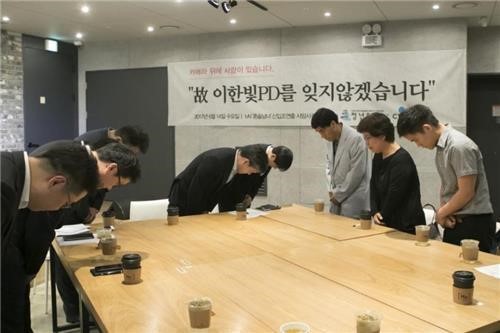 CJ E&M has issued an official apology regarding the tragic death of assistant producing director (PD) Lee Han Bin, who previously worked on tvN’s “Drinking Solo.” The suicide was reported to be a result of extreme labor during the production of the drama.

On June 15, CJ E&M’s CEO Kim Sung Soo met with the victim’s family along with the members of the investigation team. He stated, “We sincerely apologize for responding so poorly to the tragedy and hurting the victim’s family even more. We promise to turn over a new leaf by making changes to the system.”

The father of PD Lee Han Bin responded, “We hope today’s meeting will lead to the rebirth of the broadcasting industry.” 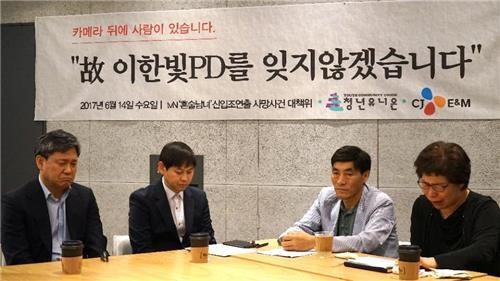 CJ E&M has promised to take disciplinary action against the people responsible for PD Lee Han Bin’s death. The company will also be supporting a fund and dedicating a room within their building in memory of the victim. They have promised to make nine changes to the working environment, including a rational labor contract along with the establishment of proper working hours for the production staff.