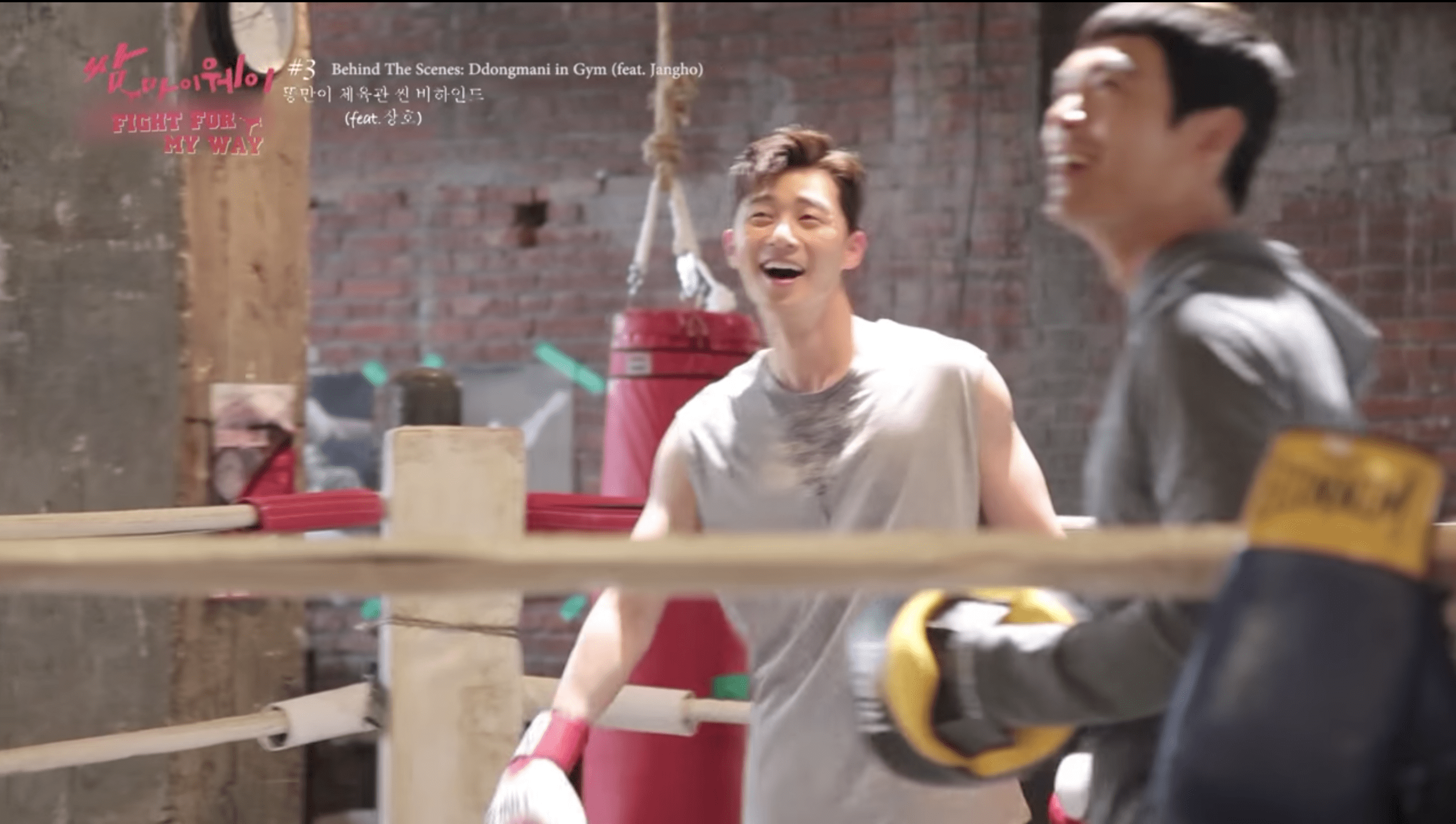 Watch: Park Seo Joon Brushes Up On His Fighting Skills In “Fight My Way” Making Video

In the third making film for “Fight My Way,” Kim Sung Oh took viewers on a tour of the boxing gym where Park Seo Joon’s character, Dong Man, trains.

Kim Sung Oh explained during the video, “Dong Man is like a jewel [to my character]. He pours everything into his training as well as his love life. He is friendly and relatable so please continue supporting Dong Man.”

During the training scene, the production staff direct their movements before rolling the camera as the two actors focus on making the action realistic. However, although they are trying to film a serious scene where Dong Man gets scolded, the actors often end up laughing instead.

Watch the making film (with English subtitles) below!

Park Seo Joon
Kim Sung Oh
Fight My Way
How does this article make you feel?