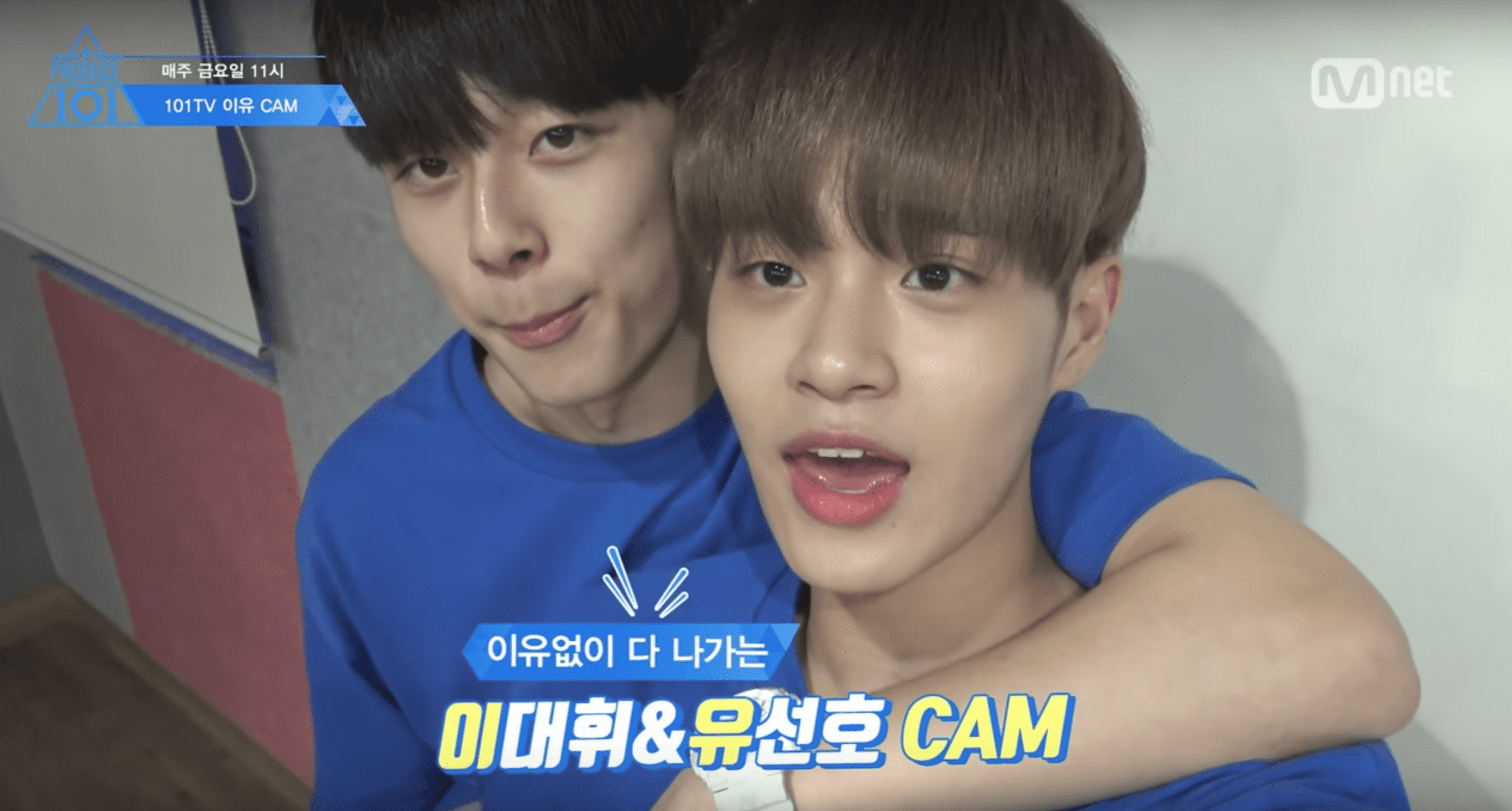 Watch: Lee Dae Hwi And Yoo Seon Ho Get Up Close And Personal With The Other Trainees In “Produce 101 Season 2” Self-Cam Video

In the latest “self-cam” videos from “Produce 101 Season 2,” Lee Dae Hwi and Yoo Seon Ho teamed up to interview the other trainees.

First Lee Dae Hwi asked Kim Samuel about the time he shook hands with BoA. “I couldn’t wash my hands that day,” Kim Samuel said. “But I was really jealous that she touched your head.”

When Lee Dae Hwi asked Lai Guan Lin what Yoo Seon Ho was to him, Lai Guan Lin replied simply, “He doesn’t listen very well,” which Yoo Seon Ho protested. Lai Guan Lin added, “He’s cute, but noisy.” They then switched roles with Lai Guan Lin interviewing Lee Dae Hwi about his flexibility. However, the trainee that showed off their flexibility in the end was Choi Min Ki, while Im Young Min responded to the question, “What is the Seoul [standard] dialect to you?” with “Something I can’t do.”

Lee Dae Hwi then asked Ahn Hyung Seob if he liked him or Woo Jin better, and Ahn Hyung Seob cheekily replied Woo Jin. However, Yoo Seon Ho got confused and asked if they were talking about Park Woo Jin.

The self-cam switched halfway to Jung Se Woon and Yoon Ji Sung and Yoon Ji Sung asked Lee Dae Hwi about his ending pose in “Pick Me” and his relationship with Bae Jin Young. The interview with Yoo Seon Ho was a failure, while Ahn Hyung Seob got in “trouble” by replying that he associated “clubs” with “Pick Me.”

The self-cam video then descended into chaos as the trainees filmed from odd new angles and overlapped each other’s segments.