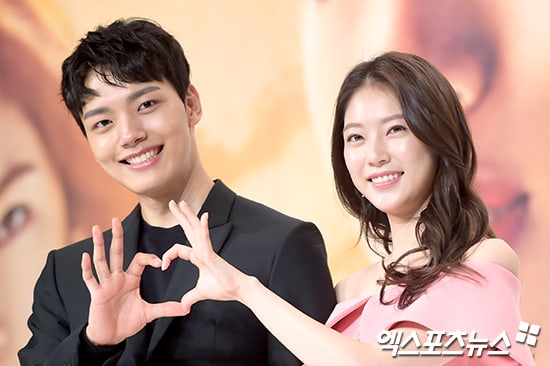 During a press conference held on June 15 for tvN’s time-traveling sci-fi drama “Circle,” cast member Gong Seung Yeon explained what it was like working with co-star Yeo Jin Goo.

“He is younger than me, but when I see him act, he seems like the older one,” she revealed.

At this, Yeo Jin Goo jokingly chimed in, “What seems older? My face?” Just as playfully, the actress replied, “It’s not only your voice, but these days, if you’re good-looking, you’d be an older oppa [regardless of your age]. Even my friends call him, ‘[Yeo] Jin Goo-oppa.'”

Previously, the director of “Circle’ also lavished high praise on Yeo Jin Goo for his near-perfect acting, a testament to his skills beyond his years.

Meanwhile, “Circle” kicked off last month with favorable cable network viewership ratings, and has gained a steady following of viewers who watch in anticipation as present and future mysteries unravel, taking place in 2017 and 2037.