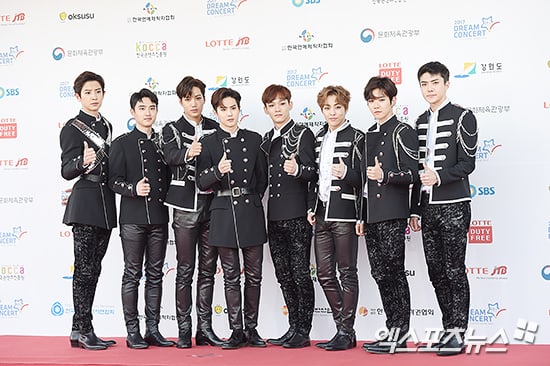 Previous reports stated that EXO is planning on releasing a new album in mid-July. The report claimed that the group has already confirmed their title track and are currently practicing the choreography for it. Furthermore, it stated that EXO will be filming their new music video next week.

More details about their comeback title track were revealed as well. A source said, “The title track is already out. It’s a song that agency representatives will be pleased with. During the hottest part of summer a lot of people say ‘It’s so hot.’ ‘Hot’ is a hint for the new song.” Thus many fans are speculating that the new title track will be titled “The War” as it sounds similar to how “hot” sounds in Korean.

Following these reports, a source from SM Entertainment stated, “EXO is currently preparing for a summer comeback. We will reveal more details once specifics are confirmed. Please look forward to it.”

As for making a comeback in July, the source said that part is not confirmed yet.

EXO last released a repackaged album in August which means their comeback will be happening in approximately a year since their last release.