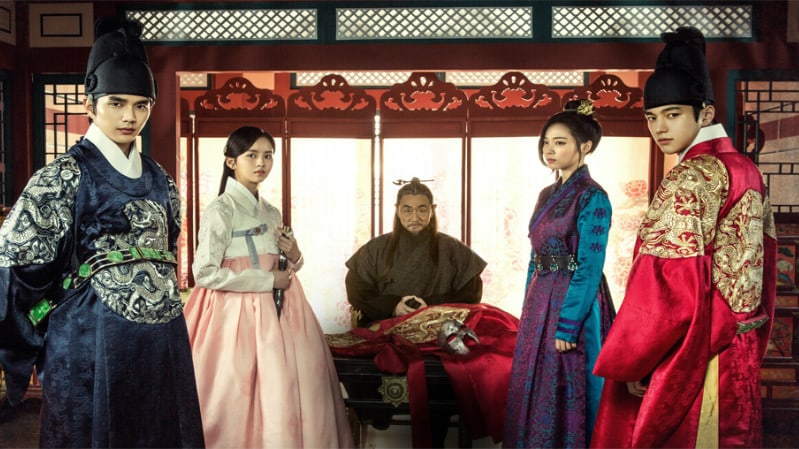 “Ruler: Master Of The Mask” Shrouded In Conflicts Between Characters As First Half Wraps Up

MBC’s “Ruler: Master of the Mask” has reached its halfway point, and there are so many conflicts between characters that it’s a little hard to keep up. Let’s take a look at a couple of these conflicts to keep an eye out for.

First, there is the relationship between the crown prince Lee Sun (played by Yoo Seung Ho), and Ga Eun (played by Kim So Hyun). They were forced to separate, and Ga Eun has hostile feelings towards the prince. She is seeking revenge after mistakenly thinking the prince is the one who got her father killed. The prince has yet to tell her the truth to clear his name.

Next, there is also conflict with the king. Currently, the commoner Lee Sun (played by INFINITE’s L), is in the prince’s place as a fake prince, and this is causing things to go south with the ruler of the kingdom as well.

And not only this, but because the commoner Lee Sun has had feelings for Ga Eun for a long time, there is also a strong love triangle developing in the story. And after witnessing the real prince’s affections towards Ga Eun, L’s character is feeling very uneasy. In the trailer, he says, “I will give you back the crown, but I can’t give you the girl,” building tension for the latter half of the story.

Up to now, the show has been focused on building the storyline and explaining each character’s history and personalities. The second half of the show will be the real start of all the conflicts and drama. Are you interested to see how L’s character will change in the upcoming episodes?

Ruler: Master of the Mask
How does this article make you feel?