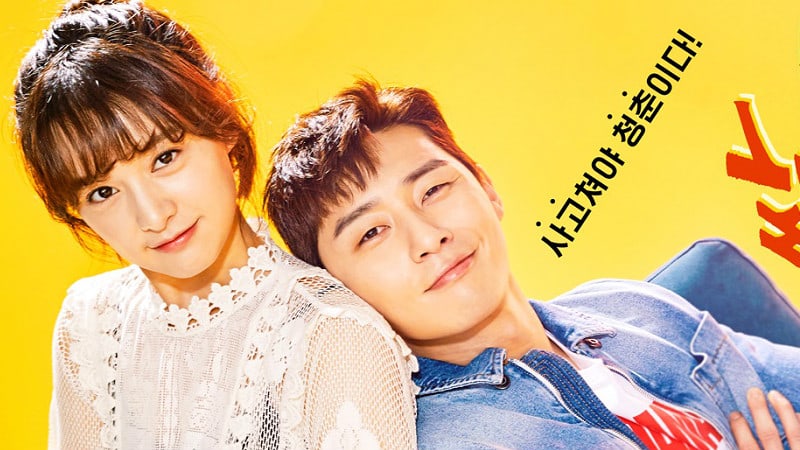 6 Reasons To Watch “Fight My Way”

If you too are caught up in the endless vortex of watching Korean dramas, you might have heard of “Fight My Way.” Combining friendship, young love, and sports, it’s one of the biggest dramas of the moment, and in case you were planning on overcoming your drama addiction right now, here are six reasons to delay that hopeless endeavor and binge “Fight My Way” asap.

You’ve probably seen him in other amazing dramas; let me tell you, “Fight My Way” won’t exactly help you get over your crush on Park Seo Joon. While his character Dong Man isn’t the usual smart, rich, and suit-wearing male lead, he will certainly make you fall for him just by being his adorable, awkward self – still cute even when he’s out there breaking bones with his signature Taekwondo kick.

After “Heirs” and “Descendants of the Sun,” Kim Ji Won finally earned her first lead role in a drama, and looking at the success of “Fight My Way,” casting Kim Ji Won was probably one of the best decisions the production company made. She perfectly captures the charms of her character Ae Ra, everything from her absolutely adorable aegyo to her very relatable frustration over Dong Man’s antics. Oh, and talking about relatable, don’t forget about her basically reenacting “Old Boy” in episode one.

I mean yes, we all know – they’re probably gonna end up with each other. Because they always do. But honestly, watching the two leads push and pull their way through the plot has not been this much fun to watch in a long time. It may be the best childhood friends setting or just their almost rude behavior towards each other, but whatever’s really going on between Ae Ra and Dong Man may make you do a second take on your childhood friends. There could be a Dong Man or Ae Ra hiding somewhere, right?

Most dramas stop when the leads start their relationship or marriage. So we never really get to see if it actually works out in the long run. Sul Hee and Joo Man’s relationship (played by Song Ha Yoon and Ahn Jae Hong) gives us a glimpse of the hardships and difficulties of a long-time couple. When the butterflies are gone, routine sets in, and people don’t wash their hair as often as they should. The realistic portrayal of romance earned this drama quite some praise.

There is quite some friendship and love going on in “Fight My Way,” but whatever is blossoming between Dong Man and his coach is just bromance goals. Coach Jang Ho is basically stalking Dong Man with his food truck and continuously having tiny mental breakdowns while Dong Man rediscovers his inner fighter – it’s like an additional romance plot line, and we really wanna see more of it. You better brainstorm some ship names because this might be the real OTP of this drama.

Many dramas leave a long-lasting impression – some make us paranoid, some lift our expectations to unrealistic levels, and many make us question our lives as single couch potatoes. But “Fight My Way” goes deeper than that. At a press conference, lead actor Park Seo Joon stated that, for him, the overall message of “Fight My Way” is perfectly summed up by Dong Man’s words in episode four: “Even if I don’t succeed, I’m going to just go for it!” That is some inspirational stuff right there.

daisygonzo has escaped European small-town life and is currently staying in Seoul. She was trying very hard not to mention Park Seo Joon’s abs on this list. Follow her Instagram for quality* content. *where’s the lie