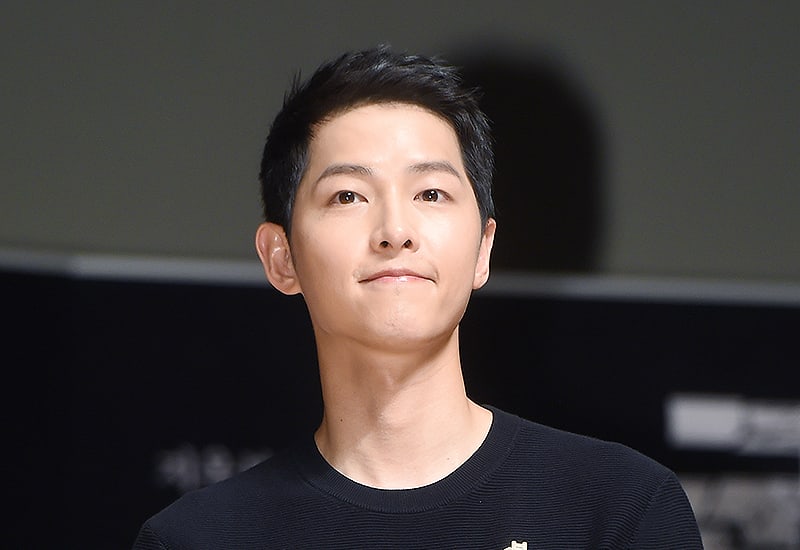 He went on to explain, “‘Battleship Island’ is a commercial film, so the priority is to create an outstanding production, but I studied a lot about history during the shooting too.” He added, “I immersed myself fully in the tension and pressure of the film while shooting it.”

When asked if he originally wanted to return to a big screen with a sole lead protagonist role, instead of his character in “Battleship Island,” Song Joon Ki answered, “I was happy to work with director Ryu Seung Wan, whom I respect. I didn’t think of things like, ‘If I film this production, then I’ll be the sole lead.'” The actor went on to explain that he really wanted to return to movies right after he was discharged from the army, but things didn’t work out as planned. “So, ‘Battleship Island’ means a lot to me personally,” he revealed.

“Battleship Island” is about Koreans who were forcefully drafted to Japan’s Battleship Island, also known as Hashima Island or Gunkanjima, during the Japanese occupation of Korea.

It is scheduled to premiere in July, and the cast includes prominent actors such as Hwang Jung Min, So Ji Sub, Lee Jung Hyun, and more.

Song Joong Ki
Battleship Island
XPN
How does this article make you feel?