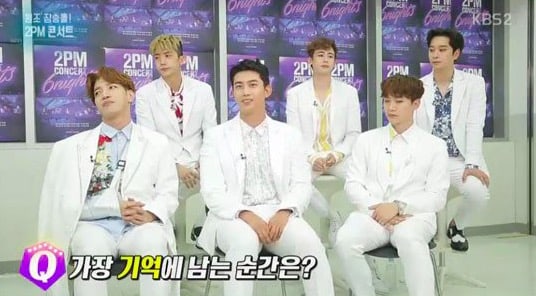 2PM recently shared how they felt at their last concert before Taecyeon’s enlistment.

On June 16, they took part in an interview with KBS2’s “Entertainment Weekly.” During the interview, Jun.K showed his passion for the stage by talking about his injury. He said, “I’m still wearing a bandage, but I’m taking part in the concert while being treated.”

When the interviewers pointed out that this was their last concert before enlistment, Taecyeon said, “I’m the one enlisting.” He then laughed while saying, “I was going to enlist with Jun.K, but because of his injury…”

During the concert video that was also revealed, Taecyeon teared up, saying, “When will the six of us be able to sing together again?” 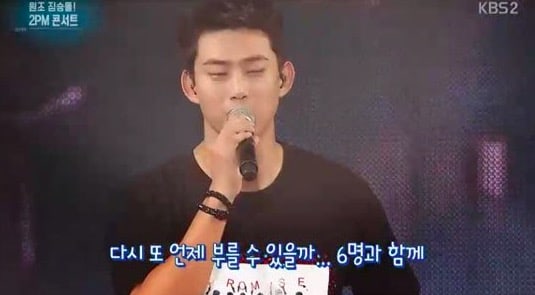 We hope to see 2PM on stage as a full group again soon!

2PM
Entertainment Weekly
Taecyeon
Jun. K
How does this article make you feel?