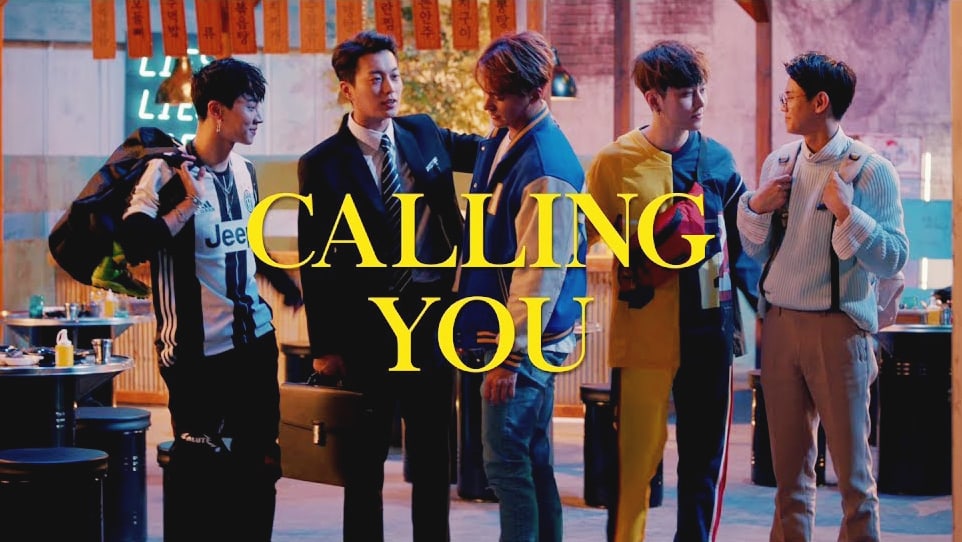 “Calling You” is the title song from Highlight’s repackaged first mini-album. It is a medium tempo dance song with gentle vocals and band sound. The lyrics are about a man who regrets breaking up with his girlfriend and wants to call her.

Staying at No. 2 is SEVENTEEN’s “Don’t Wanna Cry.” This song was second last week to TWICE’s “SIGNAL,” which dropped to No. 3 this week. While “Don’t Wanna Cry” overcame “SIGNAL” this week and improved on its overall scoring, it was edged out by “Calling You” for the top spot.

There are three more new songs in the top 10 this week! Moving up 12 spots to No. 7 is Baek A Yeon’s latest hit “Sweet Lies.” It is the title track from her third mini-album “Bittersweet,” and it has a unique jazz style sound. Baek A Yeon’s laid back vocals with the background voices from folk rock trio The Barberettes are the highlights of this song. The lyrics are about a woman who feels like she’s been given false hope by a guy who lies to her.

Moving up 21 spots to No. 8 is ASTRO’s first ever top 10 hit “Baby.” The six-member male group is finally breaking through with the title song from their fourth mini-album “Dream Part. 01.” This song has a refreshing tropical sound that is perfect for the summer season, and is about how a guy whose heart beats faster whenever he sees the girl he likes.

Debuting at No. 10 is G-Dragon’s new song “Untitled, 2014.” This song is the title track of G-Dragon’s new mini-album “Kwon Ji Yong,” which is his real name. Instead of a traditional CD, this album comes in a USB that contains all the songs. This song has a beautiful piano melody and contains lyrics that are about a man who misses his ex-girlfriend. “Untitled, 2014” has a good chance to become our new No. 1 song next week.