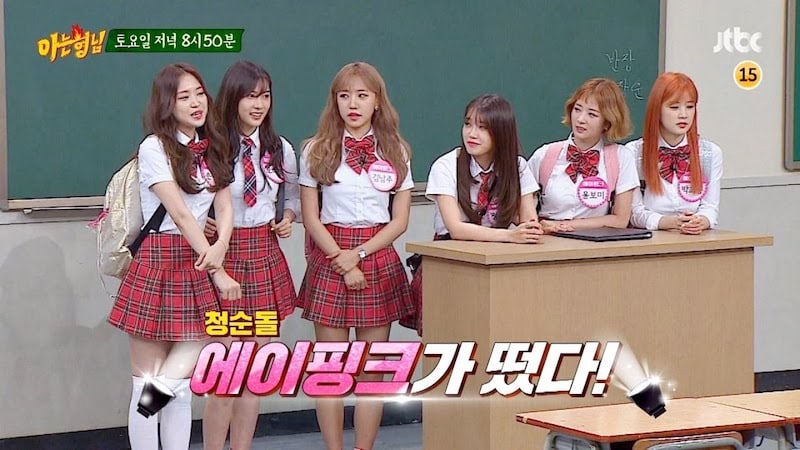 Watch: Apink’s Hyper Personalities Take “Ask Us Anything” By Storm In Episode Preview

Looks like the cast of JTBC’s “Ask Us Anything” may have met their match in the form of Apink!

The girl group will be making an appearance on the show’s upcoming June 24 broadcast, and it promises to be an absolutely hilarious episode based the released preview.

The members introduce themselves in a cute fashion, and something seems to leave the cast flabbergasted as they stare at Apink with disbelieving expressions on their faces. This is just the beginning, however, as they show off their (hilarious) talents in mimicry, dancing, martial arts, singing, and so much more.

This preview is just the tip of the iceberg, so make sure to stay tuned for next week’s episode of “Ask Us Anything”!

Apink
Ask Us Anything
How does this article make you feel?