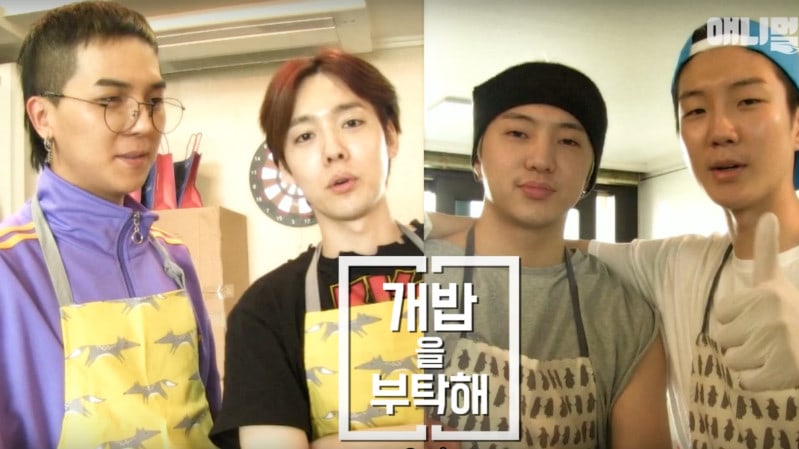 Watch: WINNER Shows Their Love Of Animals And Introduces Their Pets On “Animal Farm”

On June 18, WINNER appeared on SBS’s “Animal Farm” and gave viewers a peek into their life with their four adorable pets.

The members of WINNER currently all live together and share custody of three cats and one dog. During the show, the members showed off the hard but rewarding reality behind being pet owners. The group revealed that the eldest, Kim Jinwoo, is actually allergic to cats but takes medicine so he can take care of them. They also showed how all the furniture in their home had some damage done to it by the pets.

But despite the struggles, the members also showed off how having the pets have brought them together as a family and has improved their lives. The four members work together to take care of their pets and Lee Seung Hoon even pointed out that he gets a lot of strength from them. “If I didn’t have my dog, I don’t know how I would have endured the loneliness and depression from the hard times in my life,” he said.

During the filming, WINNER also attempted to make food for their animal friends. Lee Seung Hoon and Kang Seung Yoon attempted to make a dog friendly pizza out of meat, and Kim Jinwoo and Song Mino whipped up a tomato and chicken dish. Following this, Song Mino commented, “We rarely even cook for ourselves, but it makes me really happy to cook for and feed the pets.”

What do you think about WINNER’s love for animals? Watch the highlights from the episode below!