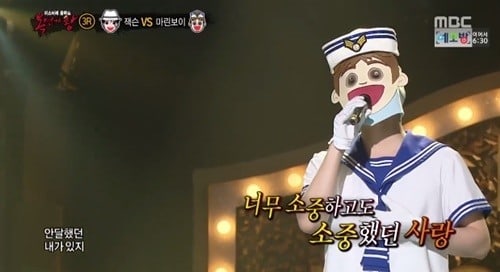 The most recent episode of MBC’s “King of Masked Singer” revealed the identity of “Marine Boy” to be a singer who is known for his melodious voice and was a runner-up in a K-pop audition program.

The final round featured a battle between “Marine Boy” and “Residence of Abundant Excitement.” The former had performed Kim Dong Ryul’s “Replay” in the third round while the latter performed Park Hyo Shin’s “HOME” to keep her crown.

Though both singers wowed, “Residence of Abundant Excitement” won for the sixth consecutive time with a vote of 74 to 25. She became the female contestant with the most wins, breaking the record of “Cat’s Girl” and her five wins. 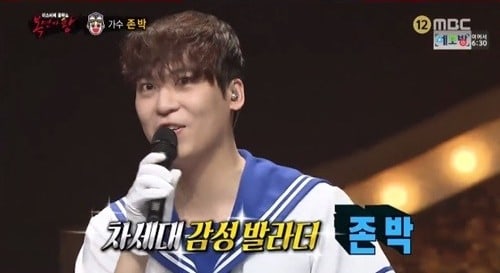 “Marine Boy” took off his mask to reveal that it was none other than singer John Park. He said, “I had so much fun. Putting that mask on gave me a lot of confidence.”

He added, “I tried to showcase my unique color as a singer, and I’m happy because I think I achieved that. Usually, you would never imagine me rapping, but this show has made it possible.”

The singer also posted a photo of himself on his personal Instagram account with the caption, “Marine Boy. It’s me.”

Watch John Park in the latest episode of “King of Masked Singer” below!

John Park
The King of Mask Singer
How does this article make you feel?