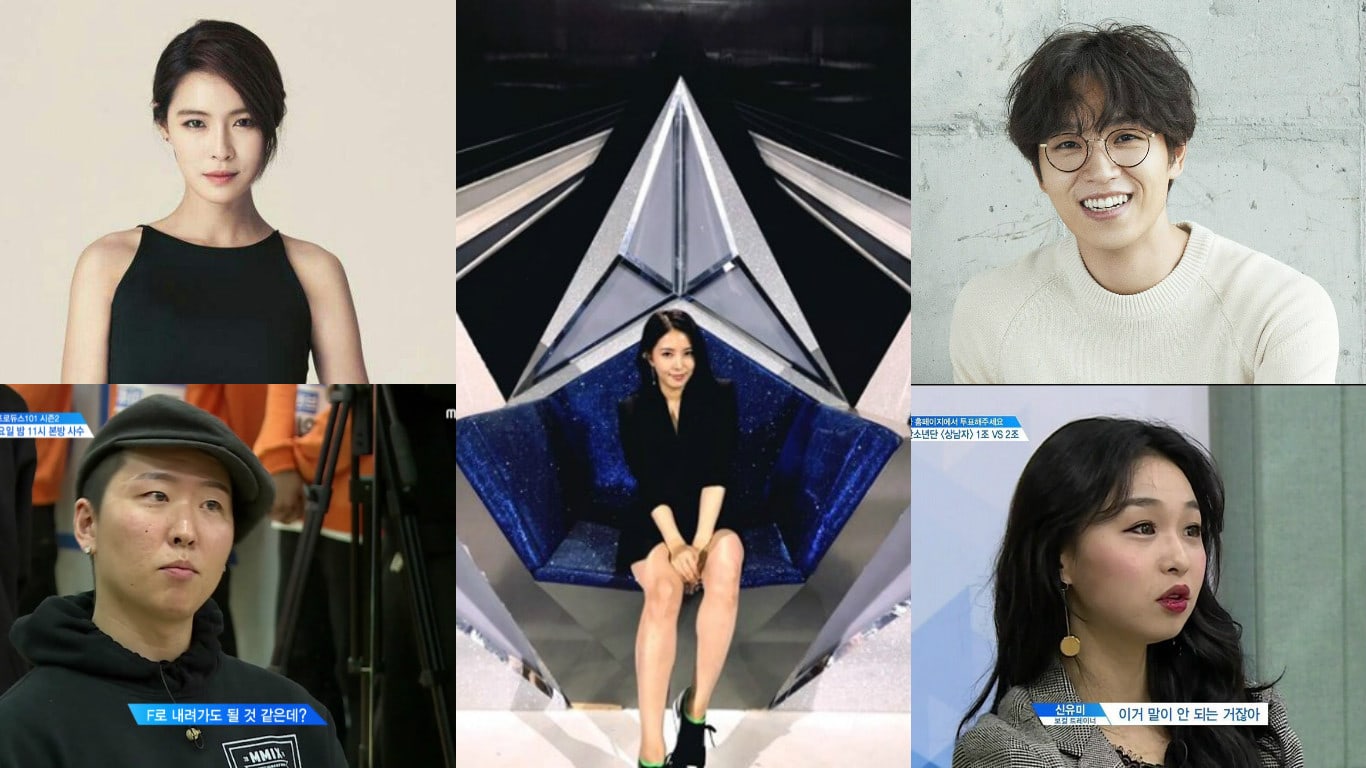 Following the emotional finale of “Produce 101 Season 2,” the trainers that guided the trainees on their journey spoke up about their experience on the show.

Along with BoA, who was the national producer representative on the show, the trainers for “Produce 101 Season 2” were Kahi and Kwon Jae Seung (dance), Lee Seok Hoon and Shin Yoo Mi (vocal), and Cheetah and Don Mills (rap).

BoA took a snapshot of herself in the No. 1 seat and wrote, “It’s really the end. To all the 101 trainees, you worked hard and I’m proud of you! I hope that you can fulfill your dreams and I will be able to meet you as a singer and a senior!! At the last episode, I took a shot at sitting in this cushy seat. Through all of you, I realized once again that if you take out your dreams and polish them, you can shine. I think that I have learned the most from all of you during these 100 days. You worked hard!!!”

Kahi posted a shot from the set of the final episode and wrote, “You all worked hard. This is the end of Produce 101 Season 2. Maybe it’s because it’s the second time… But it was an even more nervewracking finale… Congratulations to the Wanna One members. To the others, you did your best. I will pray that you are able to take this unforgettable experience and keep growing in the future. Thank you.”

Kwon Jae Seung posted a series of shots from the show’s concept missions as well as a fan drawing of himself and wrote, “Hello, national producers. It’s Kwon Jae Seung. During Produce 101 Season 2, the 101 trainees were like a family to me, the other trainers, and the production staff. I am grateful to them for making great memories. I am thankful for every moment and because the trainees and staff were so good to me, I was able to focus on my work. I will always remember the kids’ hard work and memories as they were put into the choreography. I will cheer on all the 101 trainees as well as the members who will debut and I am grateful for all the love and support. Ah, and thank you for the drawing.”

Lee Seok Hoon posted a video of himself practicing the “Pick Me” dance (which he also revealed on “Yoo Hee Yeol’s Sketchbook”) and wrote, “CJ E&M trainee Lee Seok Hoon’s level evaluation. #0011LeeSeokHoon. #KidsImSorry #IDidMyBest #NextTimeKrump #ShortsLover #Produce101Season2 All of you went through a lot. Thank you for supporting and loving our 101 trainees, who all had infinite potential. I will also never forget the support you sent me as well. Finally, my title track is called #She.”

Finally, Shin Yoo Mi posted a picture of herself with Kang Daniel, the trainee who took the No. 1 spot during the finale, and Takada Kenta, who she revealed was her “pick” during the show.