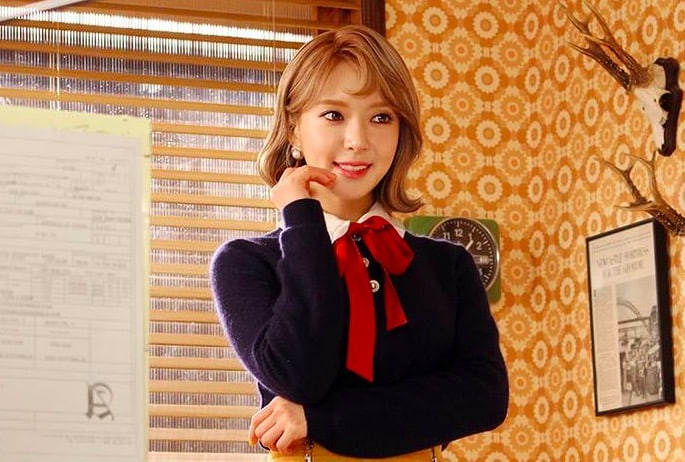 AOA’s Choa will be making her first official public appearance on July 1 after her ongoing break!

Choa will attend a solo fan signing event for Ellesse, a sportswear brand she models for. Following news about this public appearance, fans have been wondering if she will officially resume activities or if AOA will be making a comeback soon.

A source from FNC Entertainment relayed to news outlet Xsportsnews, “The fan signing had been scheduled previously. Nothing has been decided about promotional activities for a comeback album.”

Choa is currently on a break since AOA’s concert in March. Fans had voiced their concerns about her absence, as no explanations had been given at the time, and it was only until later that FNC and Choa spoke up to explain why she had not taken part in AOA’s promotional activities.

Meanwhile, other AOA members are focusing on individual activities, with Yuna starring in a new drama and Seolhyun considering a role in a movie starring Jo In Sung.