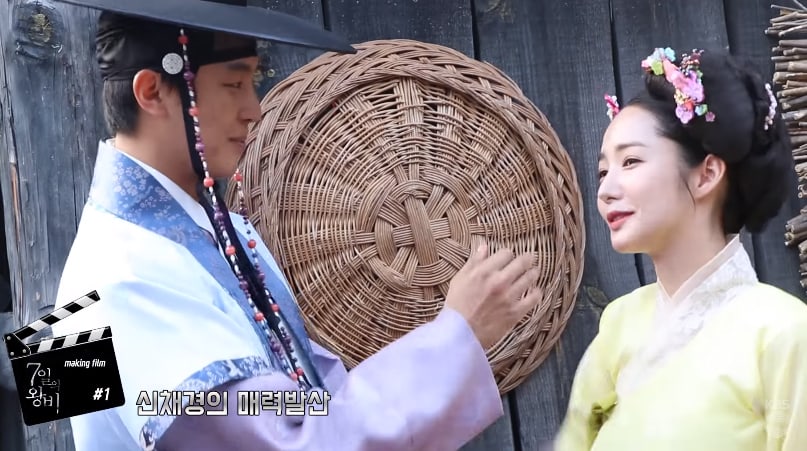 It seems as if Park Min Young and Yeon Woo Jin have just as much chemistry on set as they do on screen!

On June 19, KBS released exclusive behind-the-scenes footage from upcoming episodes of historical drama “Queen for 7 Days,” focusing on Park Min Young as she takes on the challenge of playing the denounced Queen Dangyeong.

During one part of the clip, the actress adorably struggles to keep her Joseon Era hat out of her face during a particularly windy day on set. It also shows her shooting a scene where she is tasked with trying to catch a chicken and hilariously seems to be having a difficult time.

In another part of the video, she is seen having a hard time keeping a straight face while shooting a romantic scene with Yeon Woo Jin, who plays the role of prince Lee Yeok. Playfully poking fun at one another between takes, the chemistry between the two as actors is palpable and only seems to augment their on-screen performance.

Check out the full behind-the-scenes clip below!

Park Min Young
Yeon Woo Jin
Queen for 7 Days
How does this article make you feel?