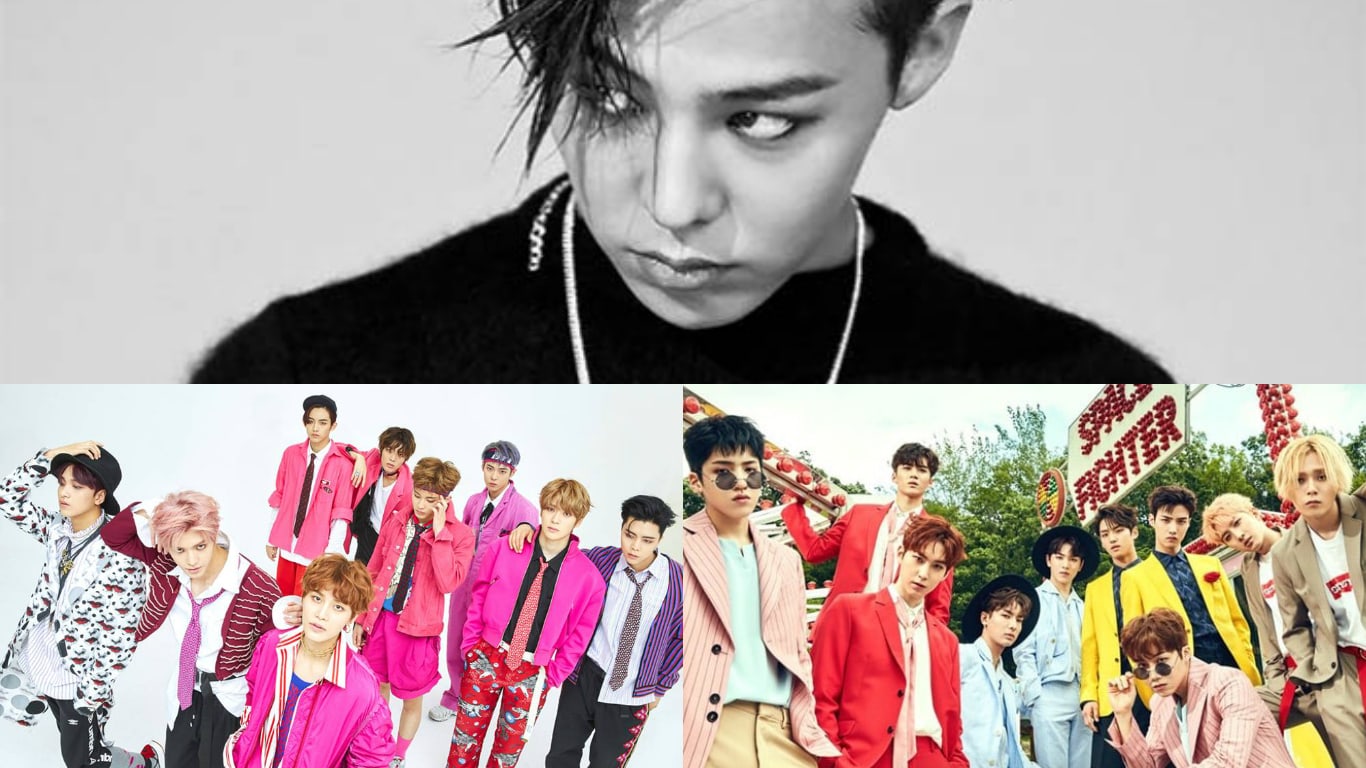 NCT 127 and PENTAGON’s new mini albums have both entered Billboard’s World Albums chart, while G-Dragon continues to rule at No. 1!

On June 20, Billboard revealed their weekly charts for the week ending in July 1. After making its debut on the World Albums chart at No. 1 last week, G-Dragon’s “Kwon Ji Yong” maintains its top spot this week, making G-Dragon the first ever Korean solo artist to top the World Albums chart two weeks in a row (overall, G-Dragon is the second Korean artist to do so). “Kwon Ji Yong” also comes in at No. 7 on the Heatseekers Albums chart, after entering at No. 1 last week.

After making its debut last week at No. 6 on the chart, DAY6’s full album “Sunrise” is still holding a top spot on the World Albums chart as it comes in at No. 10.

BTS’s “You Never Walk Alone” is spending its fourteenth week on the chart, coming in at No. 13 this week. The group is also No. 1 once again on the Social 50 chart, meaning they have now surpassed Taylor Swift to take second place for the most weeks at No. 1 on the chart.

PENTAGON’s new mini album “Ceremony” has also taken a spot in the top 15 of the World Albums chart, coming in at No. 14.

DAY6
PENTAGON
BTS
SEVENTEEN
G-Dragon
NCT 127
How does this article make you feel?