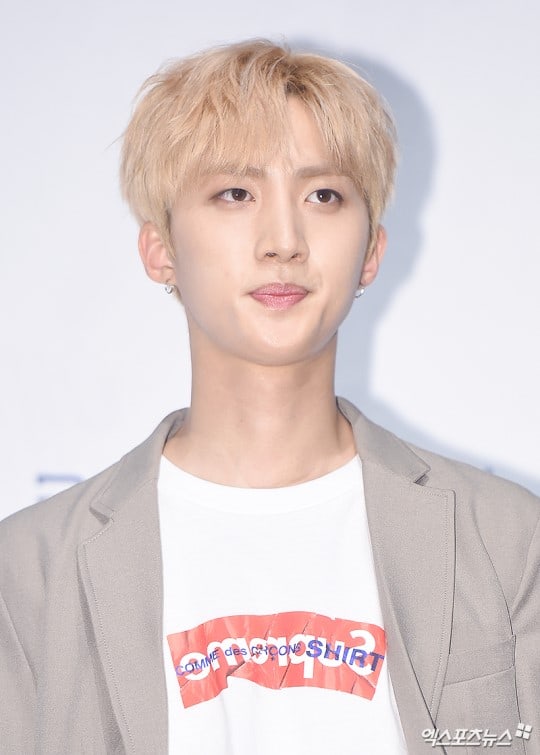 “Never,” which was released through “Produce 101 Season 2,” has been doing well on the music charts despite other strong releases from artists such as G-Dragon, MAMAMOO, BLACKPINK, and Bolbbalgan4.

On June 22, the singer talked about his thoughts on the song’s chart performance, saying, “I’ll say this again, but I really had no idea that it would become like this. When I said that I would give ‘Produce 101’ a song, I had not known that it would be released on the charts. Whenever I receive praise for the song, it makes me wonder, ‘What about the song do they like so much?’ I don’t really know.”

Feeling a little embarrassed from the compliments, Hui cautiously replied that it might be because his music sounds fresh. “I have written b-sides for PENTAGON’s album. But honestly we are a group that is not yet well-known by the public, and so we are currently still a developing group. I think that’s why a lot of people gave a positive response, because they listened to my music for the first time,” he explained.

When asked about the royalties for the song, he stated, “Some of producers that I’m close with say that I’ll be spending the winter warm this year. But I’m trying not to think of the monetary aspect. Because once I focus on that, I’m afraid that my posture towards music will change. Which is why I am trying not to have any expectations for the song’s royalties.”

Hui then talked about his future goals, saying, “Even as we’re promoting, I am steadily writing music. If I ever get the chance in the future, I want to really write a title track for our group. I’m lacking in many things but I will try my best to prepare and work hard.”

PENTAGON
Produce 101 Season 2
XPN
Hui
How does this article make you feel?