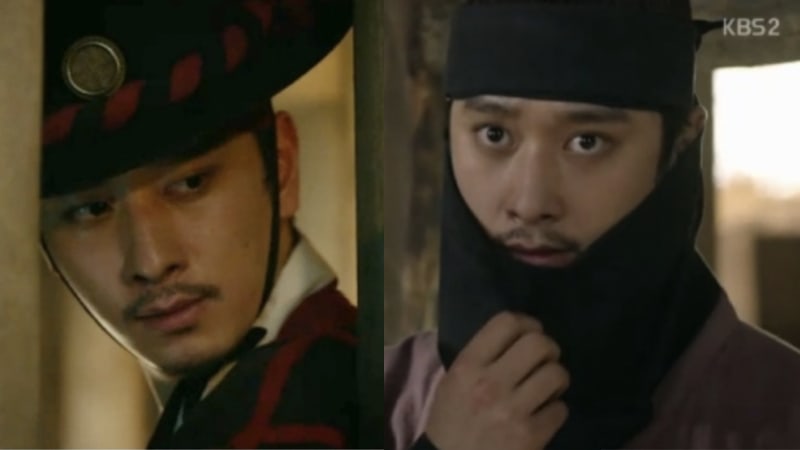 2PM’s Chansung is building a solid acting career with his impressive portrayal of stern warrior Seo No in KBS 2TV’s “Queen For 7 Days.”

In the seventh episode of “Queen For 7 Days,” Seo No shows disappointment in his best friend Lee Yeok (Yeon Woo Jin), who neglects Shin Chaegyung (Park Min Young) after she saves him from a dangerous situation.

Seo No confronts Lee Yeok about his indifference, but Lee Yeok replies that he regrets being involved in Seo No’s affairs. Seo No answers in dismay, “Then my work here seems to be done,” and leaves Lee Yeok.

Later on, Seo No returns and sneaks into the Uigeumbu (a historical law-enforcing institution) to help Lee Yeok when he learns about Lee Yeok’s true feelings. Seo No acts as a loyal protector of Lee Yeok and Shin Chaegyung while being disguised in the Uigeumbu.

Chansung is known for his cheerful personality in 2PM, but he is effectively showing another side of his charm in “Queen for 7 Days.” His poised portrayal of serious and loyal warrior Seo No is adding an air of gravity and charisma to the drama.

Meanwhile, “Queen for 7 Days” airs every Wednesday and Thursday. Watch it on Viki!