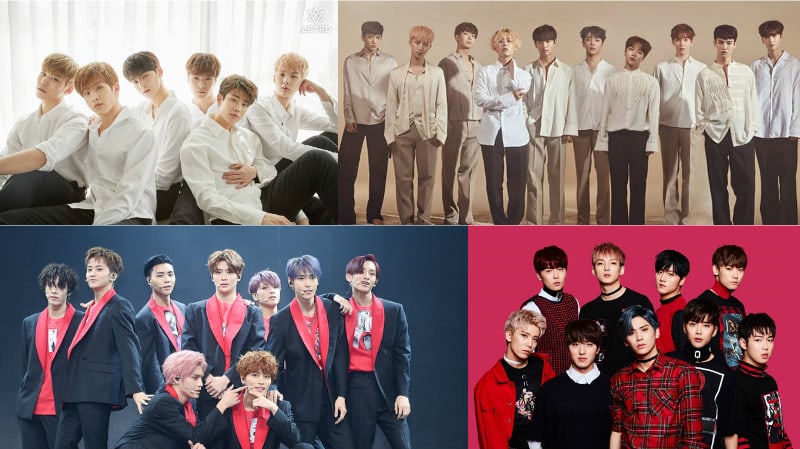 Features
by U. Kim

There are various reasons to stan your favorite boy groups, ranging from their amazing vocals to their dorky personalities. But above all, perfectly synchronized choreographies is one of the biggest factors that brings many fans into the fandom. These dances are what K-pop is known for, and for good reason; watching a group of attractive guys perform in 100 percent synchronization is an exhilarating experience!

These rookie boy groups debuted in 2016 or 2017 and are already on top of their synchronization games:

Anytime you’re feeling down, watching ASTRO dance will immediately get you in a good mood. Always full of energy, these six boys will make your level of happiness increase sixfold.

It’s only been about a month since A.C.E’s debut, but their dance skills are those of veterans. In the relay dance below, you can only see them dance one by one, but you can still tell they’ll be in perfect sync when they dance together. Start watching from the 2:52 timestamp to see exactly what I mean! (Warning: you will find your eyes drifting over to their legs)

The video below is a pre-debut video of A.C.E doing an epic cover of BTS’s “Blood, Sweat & Tears.” This is no doubt one of the best covers of the song I’ve ever seen.

VAV takes on the double speed challenge with their song “Dance With Me” and owns it! You may spot the boys losing balance and falling over at times, but come on, it’s at double speed!

SF9 debuted as FNC Entertainment’s first male dance group after competing on a survival show called “d.o.b: Dance or Band.” It’s no surprise that they made it to the end of the show; just look at their final mission performance! Also check out how they’ve grown by watching them dance to their latest track “Easy Love.”

Here’s a challenge for you. Watch TopSecret’s “Mind Control” dance video below and try to spot anyone who’s even a nanosecond off compared to everyone else! I assure you, it’s not going to be easy because they’re 100 percent synchronized.

PENTAGON is a rookie group full of confidence, and they have the skills to back it up. Whether it’s a powerful performance like their debut track “Gorilla” or a smoother song like their most recent “Critical Beauty,” PENTAGON members always stay on beat while dancing effortlessly.

Their name says it all! It’s been a little over three months since this group’s debut, but they’re definitely MVPs at dancing to their intense debut song “Take It.”

If you’re looking for some flawlessly executed high quality choreographies, here’s a group you should look into. NCT is no joke when it comes to pulling off complicated moves. They can make the most bizarre dance moves look amazing!

VARSITY is a 12-member group consisting of seven Korean members and five Chinese members. With so many members, it’s not easy to make sure everyone’s synchronized. However, VARSITY uses their group size to their advantage by incorporating dance moves that can only be done with a group of their size. Watch the beginning of VARSITY’s “Hole In One” performance (second video) to see what I mean!

Plan A Entertainment’s first boy group VICTON calls themselves a family and has even assigned each member with a family position (refer to their first appearance on “Weekly Idol”). Their close relationship may be the secret to how they’re able to dance perfectly in sync.

Which rookie group has caught your eyes with their sharp moves?