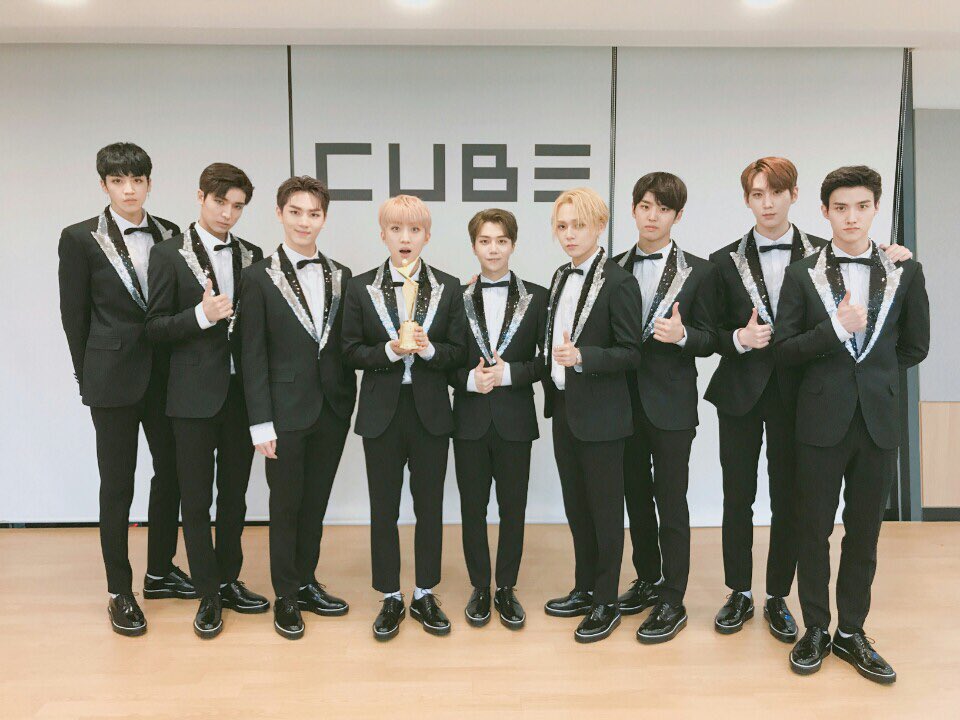 PENTAGON has taken home their first award since their debut with the New Star Award at the 2017 Asia Model Awards.

The awards ceremony was held on June 24 at the Jangchung Arena in Seoul. Upon accepting the award, PENTAGON said, “Thank you for giving us this meaningful award. We are grateful to our agency and the fans who have always been our strength. We will work hard to become not only a new star, but a star to many people.”

Girl group MOMOLAND also took home the New Star Award at the ceremony. Later, PENTAGON’s Kino posted through Twitter, “Our first trophy since our debut! We were able to get this award through our 10 members who are to be proud of, our managers who are always with us, our family, our president, our company staff, and UNIVERSE, who we are always thankful for. We will become a PENTAGON who stays humble and keeps maturing. Thank you.”

The 2017 Asia Model Awards is a combination of designer brand fashion show, beauty gala show, and K-pop concert, with top models, actors, singers, and beauty and fashion-related experts from 20 countries all around Asia.