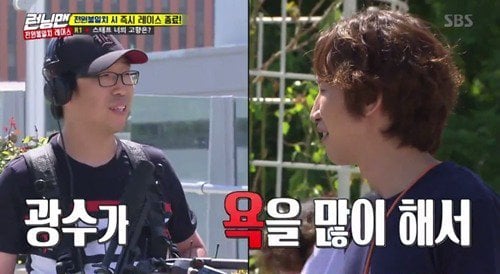 The audio director of SBS’s “Running Man” revealed why he finds Lee Kwang Soo the hardest to work with.

During the episode that aired on June 25, the members were tasked with finding eight staff members who all had different hometowns. The cast was extremely determined to succeed because if they did, they could head straight home. 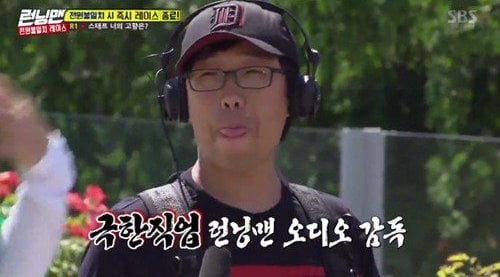 As each member went in search of a staff member to bring along, Ji Suk Jin picked the audio director of the show. He appeared on camera holding his big microphone, and he stayed professional and made sure that everyone could hear the staff members who didn’t have microphones on them.

Yoo Jae Suk asked him what he finds hard about his job, and the audio director replied, “It’s hard when the cast members start yelling really loudly.” He was also prodded to reveal who shouts the most and gives him the hardest time, and he finally said, “Lee Kwang Soo. I wish he wouldn’t swear so much.” 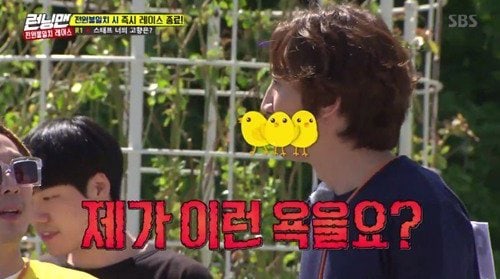 Taken aback, Lee Kwang Soo soon recovered and joked back by saying, “Swearing like this?” He had everyone laughing as he followed through with a litany of swear words. Lee Kwang Soo concluded by apologizing to the audio director for his words.