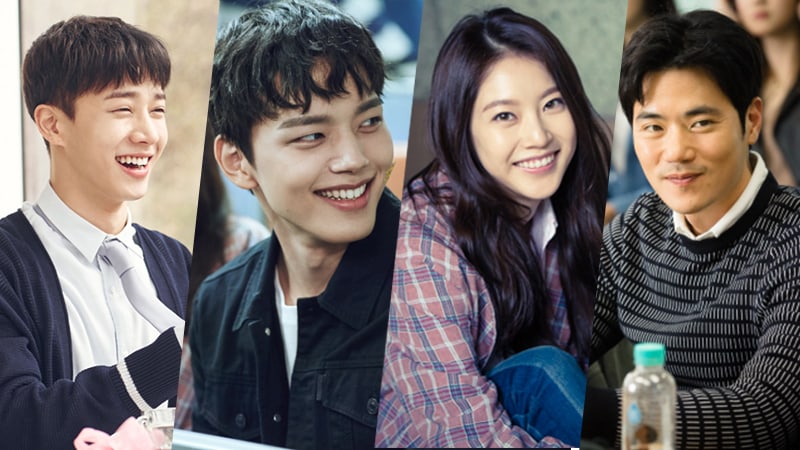 With only two episodes left of tvN’s sci-fi drama “Circle,” the actors from the drama share their thoughts about the drama as it comes to an end.

Actor Yeo Jin Goo, who played the role of Kim Woo Jin in the 2017 storyline, said, “It was an honor to be a part of a refreshingly unique drama like ‘Circle,’ with it’s smooth storyline, unique genre of sci-fi mystery, and double track narrative. I would like to thank all the viewers who continued to send us love and support throughout the drama’s run. I was happy and proud to be able to show a different side of me to viewers through the role of Kim Woo Jin.”

Actor Kim Kang Woo, who played the main character in the 2037 storyline, said, “I’m very happy and pleased to have been able to be a part of a drama as novel as ‘Circle’ is. I looked forward to every new script that came out for the drama each week, just as viewers looked forward to each new episode. It was very enjoyable to become immersed in ‘Circle’ and solve the mystery of the drama alongside viewers.”

Actress Gong Seung Yeon stated, “I can’t believe it’s already almost over. We wrapped filming but it still doesn’t feel real to me. I was very happy with filming for the past three months and, because I had such a good time, I feel like I am going to suffer from ‘Circle’ withdrawal for a while.”

Highlight’s Lee Gi Kwang, who played the role of Lee Ho Soo from the 2037 storyline, expressed his thoughts about the drama ending and said, “It was an honor for me to be part of a drama that could really start an important conversation about society and I was glad to have had the opportunity to take on a character like Lee Ho Soo…I will forever treasure it in my memory. The final episodes of the drama will unfold in an unexpected way so please watch until the very end.”

“Circle” will air its final two episodes this week on Monday and Tuesday at 10:50 p.m. KST.