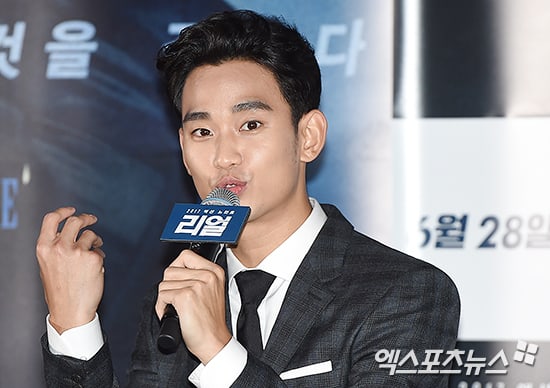 Kim Soo Hyun shared his thoughts as he approaches his enlistment.

On June 26, Kim Soo Hyun attended the press conference for the movie “Real.” This movie is known as Kim Soo Hyun’s first return to the big screen in four years, as well as his last work before enlistment.

He said about his enlistment, “As for the military, the exact timing hasn’t been determined yet.” He then added, “If the timing of it worked and I were able to do one more drama or movie before I left, I couldn’t wish for anything more. However, I think we’ll have to wait and see what the timing will be.”

Meanwhile, “Real” is a movie starring Kim Soo Hyun, Sung Dong Il, and Sulli. The story involves two men and their secrets around Asia’s largest casino. It is set to open in theaters on June 28.

Real
Kim Soo Hyun
XPN
How does this article make you feel?