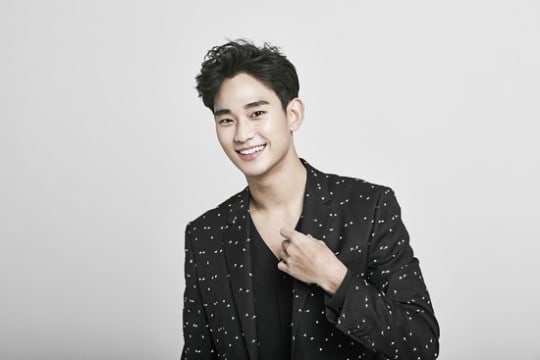 Recently actor Kim Soo Hyun sat down for an interview to talk about his most recent film, “Real.” The movie, an action noir film, is his first leading role on the big screen since 2013’s “Secretly, Greatly.”

Kim Soo Hyun plays two characters in “Real” and he revealed that it was this setup that drew him to the script. “Two people are pretending to be this one person,” he said. “I was interested in the idea of a divided self. I thought it would be great to express many different kinds of emotions and see what they looked like collected together at the end. Reading this script, I wanted to put all the things I’ve done, felt, and studied until now into the role.”

But at a previous press preview, he had said that the script for “Real” had been the scariest script he’d ever received. “It was a production that required a lot of homework,” he explained. “So it was scary in that way. I was also intimidated by some of the intense scenes. There were parts [of the script] that were hard to approach, like the material and the characters, so that’s why I said that.”

The actor also responded to some of the criticism and controversy the film had attracted. “I looked at reviews of the movie after it came out,” he admitted. “However, I think ‘Real’ is still in the process of realization. It’s still making its impression on people. I think that it hasn’t been able to show its true colors yet. There are a lot of things people haven’t discovered about it, and I think they will be revealed as time goes on. There are some intense scenes that shadow the true value of the film but when the shock of those scenes fade away, I think it will come out.”

“Real” was the last project for Kim Soo Hyun to be filmed in his 20s, as the actor turns 30 (international age) next year. “The thing that’s changed the most is the number in front of the zero,” he joked. “But I’ve matured. I think that the ‘actor’ Kim Soo Hyun and the ‘person’ Kim Soo Hyun are becoming closer every year. For a long time there was a big distance so I had a lot of worries and stress but I’ve become more relaxed as that distance shortened. I’ve become more comfortable.”

He added, “I became a coward during the filming of dramas ‘Dream High‘ and ‘The Moon Embracing the Sun.’ The more people showered me with interest and love, the more scared I became. It became hard for me to look directly at people, and there were times when I couldn’t speak up honestly. Those things worried me a lot [in my 20s] but I’ve matured now. Now I think I don’t have to face those things alone.”