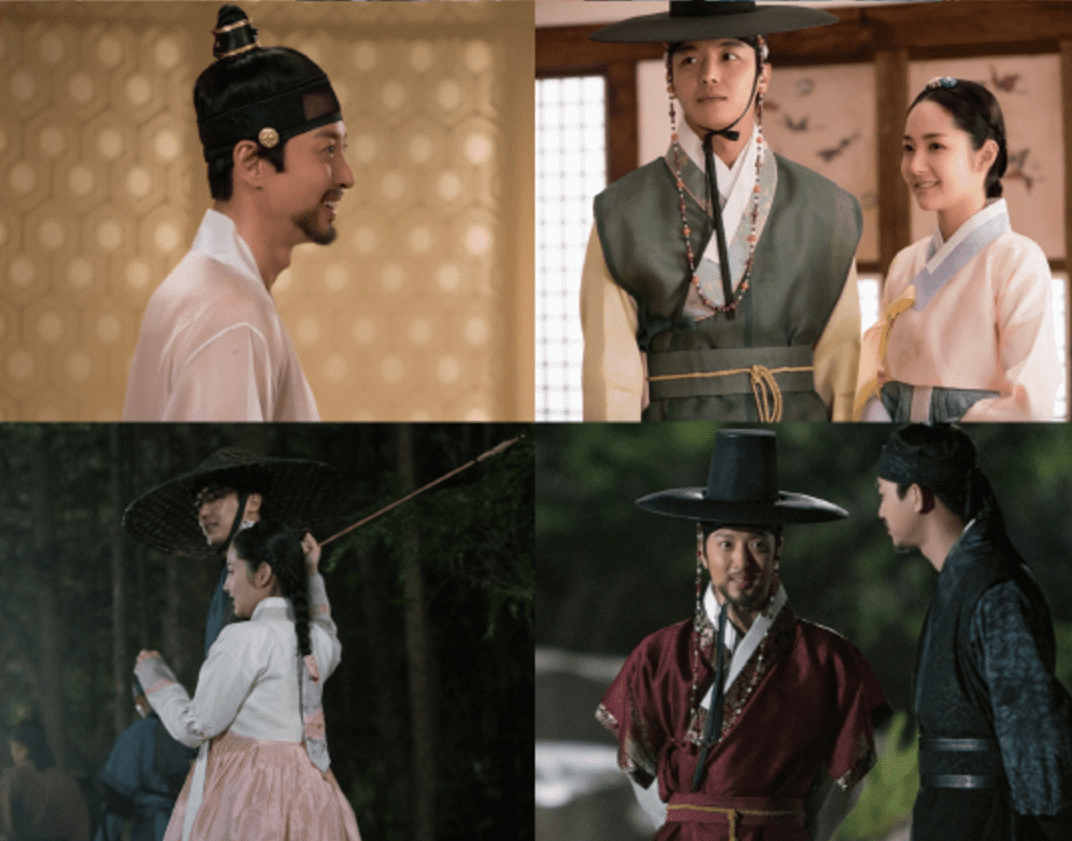 On July 2, “Queen for 7 Days” released some behind-the-scenes stills of their three leads, Park Min Young, Yeon Woo Jin, and Lee Dong Gun. Despite their complicated relationship onscreen, the three actors showed good chemistry and worked hard together as a team. 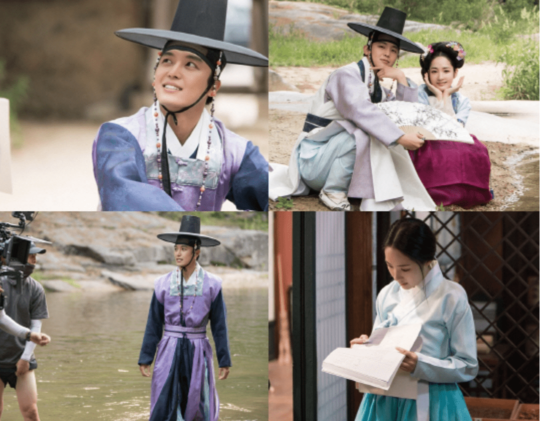 Yeon Woo Jin was careful to monitor his performance closely despite standing in cold water after shooting a scene, and in between takes he and Lee Dong Gun talked seriously about their approaches to acting. Park Min Young stayed close by her co-stars’ sides even when not shooting a scene and alternated between poring over the script and making cute faces for the camera.

Park Min Young also posted a photo from set on her personal Instagram, dressed in full costume while waiting out the summer rain. 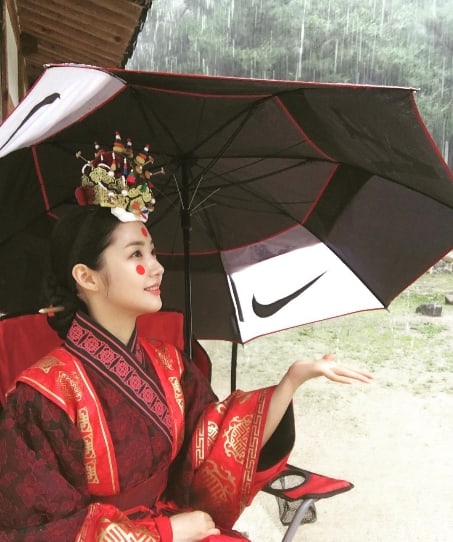 The production staff stated, “The ‘Queen for 7 Days’ team is working as hard as they can to make an even better drama. As if we are filming with one heart and mind, the actors are passionate and respectful towards each other. The teamwork is amazing. Thank you for supporting the cast and crew of ‘Queen for 7 Days.'”