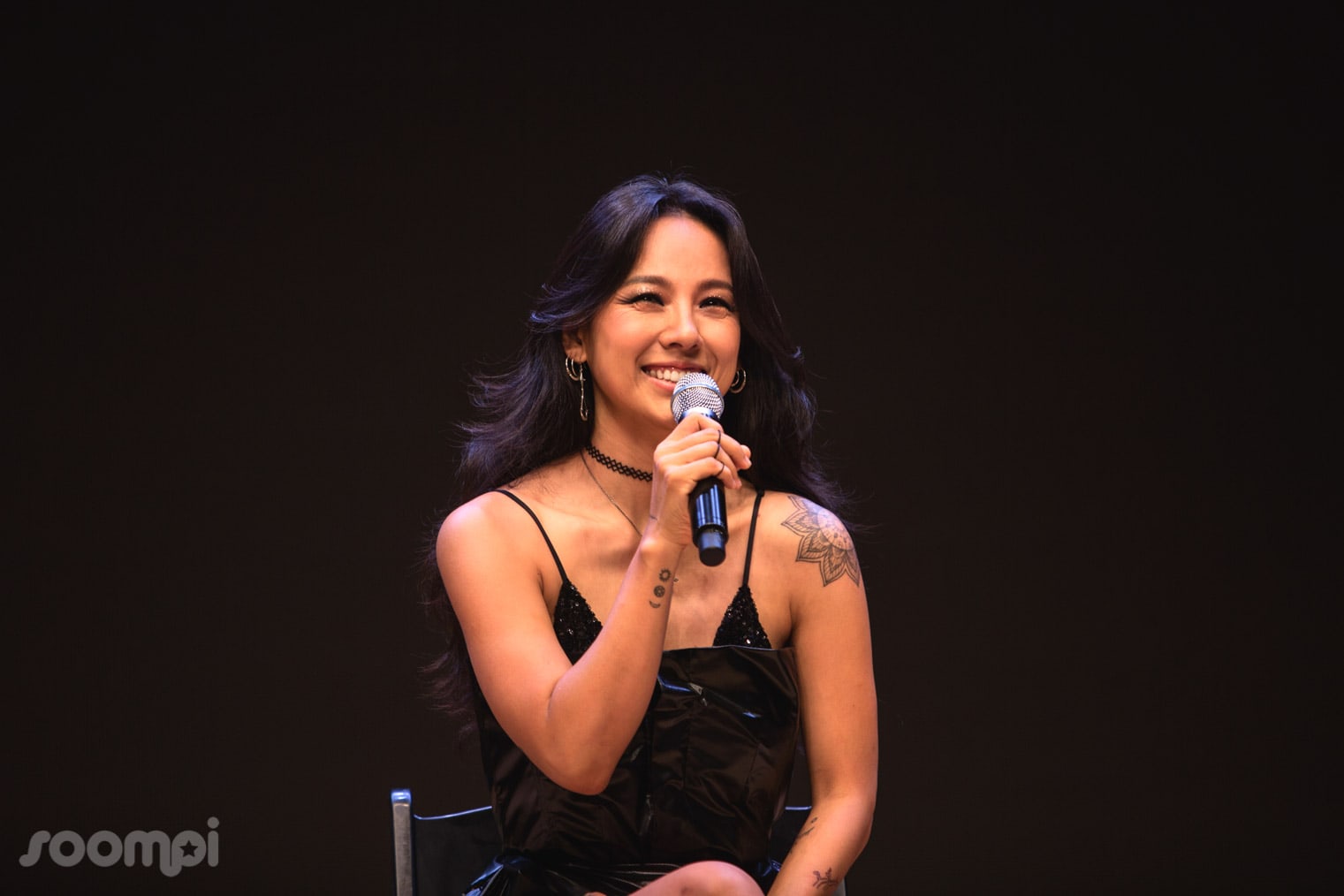 Lee Hyori is back with her sixth album “Black” in four years. Her new studio album is especially meaningful as it is self-produced and contains a lot of musical inspirations she received from her life in Jeju after leaving Seoul. The singer participated as a co-producer with Kim Do Hyun who composed her solo debut hit track “10 Minutes.” Lee Hyori wrote the lyrics for nine out of 10 tracks and composed eight out of 10 tracks.

Due to her interest in a variety of genres, the genres of the tracks on her album are also diverse. Album tracks include pop, ballad, hip hop, soul, electronica, and more. Her album also boasts a number of collabs with talented rappers like Killagramz, Los, and Absint. “Black” is full of Lee Hyori’s personal stories and reflects her unique identity.

At the press conference for the release of “Black,” Lee Hyori talked in-depth about each of her tracks, her comeback, her identity, and shared pearls of wisdoms for younger artists. 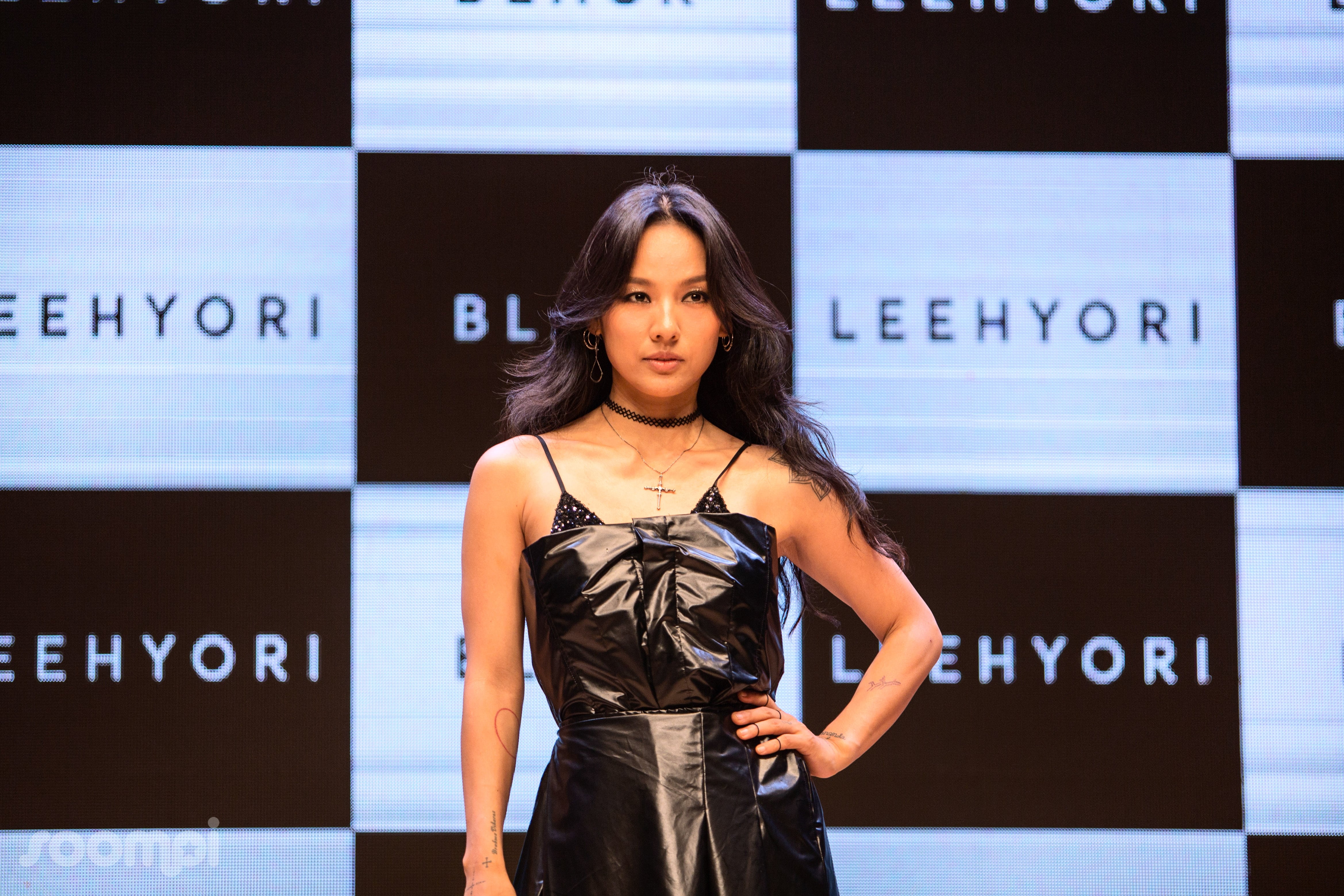 When asked about why her comeback took so long, Lee Hyori candidly spoke about naturally developing the desire to come back after wanting to make music instead of coming back because someone told her to. As she went into detail about each of her tracks, she noted that the overall concept was not as bright and extravagant as her past concepts. She wanted to express her genuine feelings and go deeper than she had before.

While her new album is not as mainstream, Lee Hyori said, “I think the general public wanted a brighter and faster song, but I thought that I need to try different things in order to be an artist that lasts until the end. It’s kind of in the middle. Neither too mainstream nor too indie or at least in my opinion. Since I do yoga I did look into Indian culture and language, so certain Indian elements can be seen in my dance and there is some Sanskrit in my lyrics.” However, she noted that she didn’t give up her trademark sexiness. 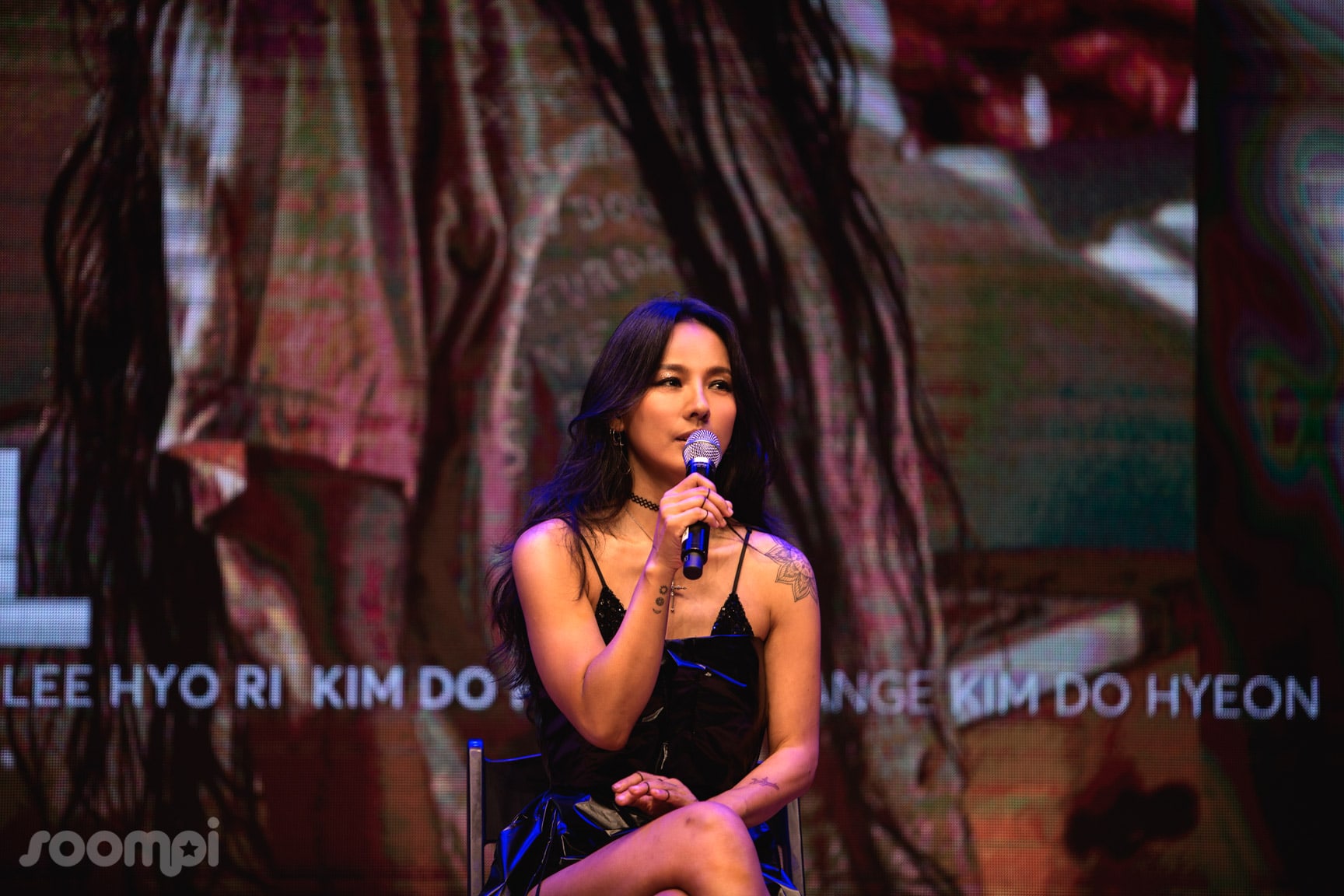 She further explained how she has evolved since her Fin.K.L days and has shown more of her true self starting with her “Monochrome” album and even more so with her latest album. The singer talked about how she’s returning to who she was when she was ordinary pre-debut. She joked, “In my Fin.K.L days people thought I never went to the bathroom even though that’s impossible.”

Lee Hyori talked about how the focus of her albums were previously centered on her but now instead of talking about herself, she wants to talk about stories and ask listeners about these stories. As for what influenced her to change she answered, “I cannot say there is one thing that changed me, be it Jeju, yoga, or my husband. I think it’s a combination of all of those things that changed me.” 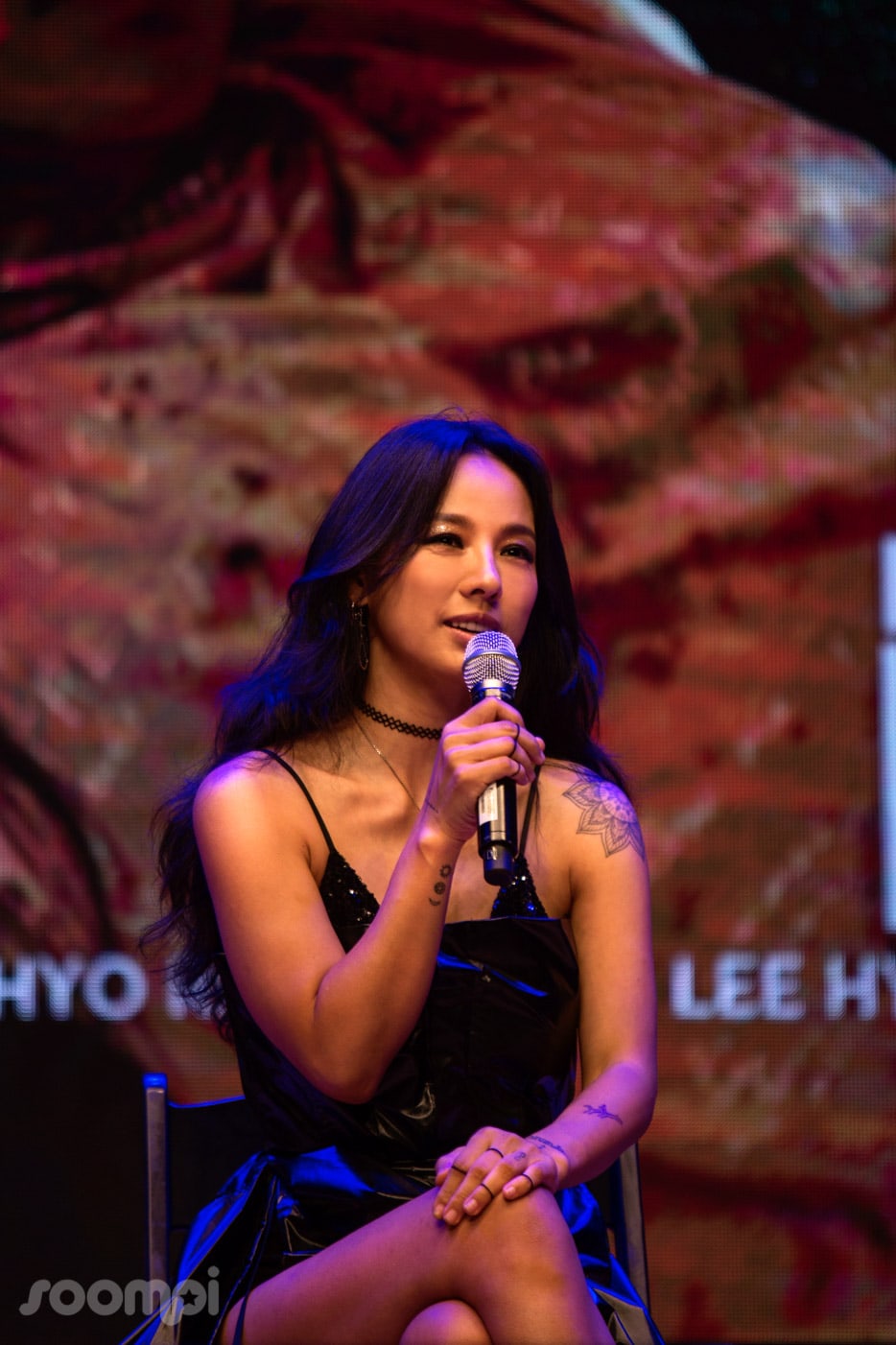 After being asked about who she would pick as being “post Lee Hyori” (the second Lee Hyori), the singer honestly said, “People used to call me post Uhm Jung Hwa and post Kim Wan Sun but I didn’t like those labels as it’s about finding a replacement that can be disappointing and that’s difficult because everyone has different qualities. I actually think IU is post-Lee hyori. Rather than being sexy she has her own musical color.”

She also expressed love for her junior female singers and picked MAMAMOO as the group she has her eye on this summer. Complimenting the girl group, she said, “MAMAMOO has a special energy on stage. It’s something different that you can’t gain from practicing, more of something you’re born with.” The veteran singer also gave advice to her juniors and said, “Don’t think the present is all there is. There’s more beyond this time.” 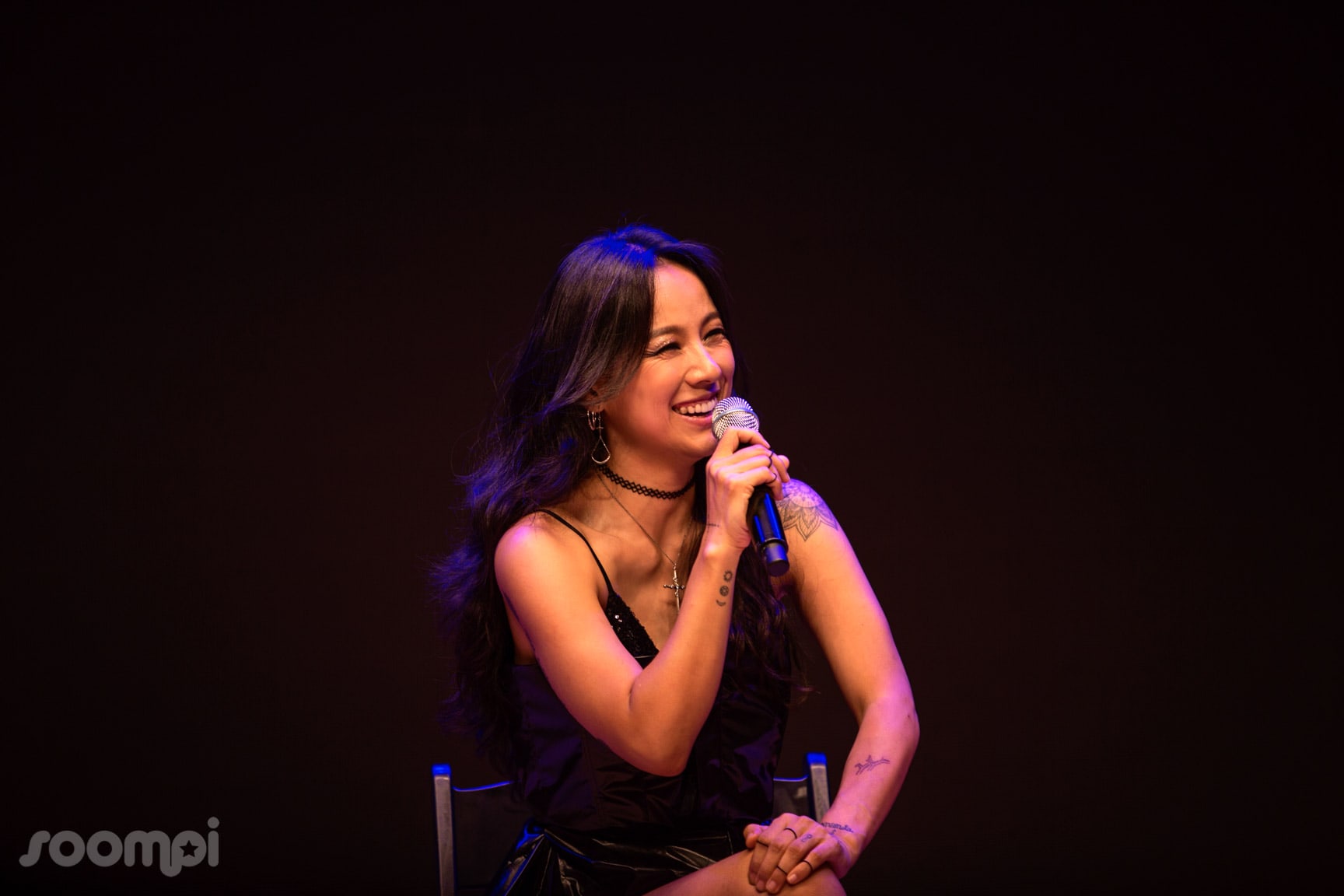 The singer concluded the press conference while sharing her plans to promote on music shows for a week and to return to her home in Jeju. However, she promised that fans will be able to see her on “Yoo Hee Yeol’s Sketchbook” and continue watching “Hyori’s Homestay” until September.

Check out more exclusive photos from the press conference below! 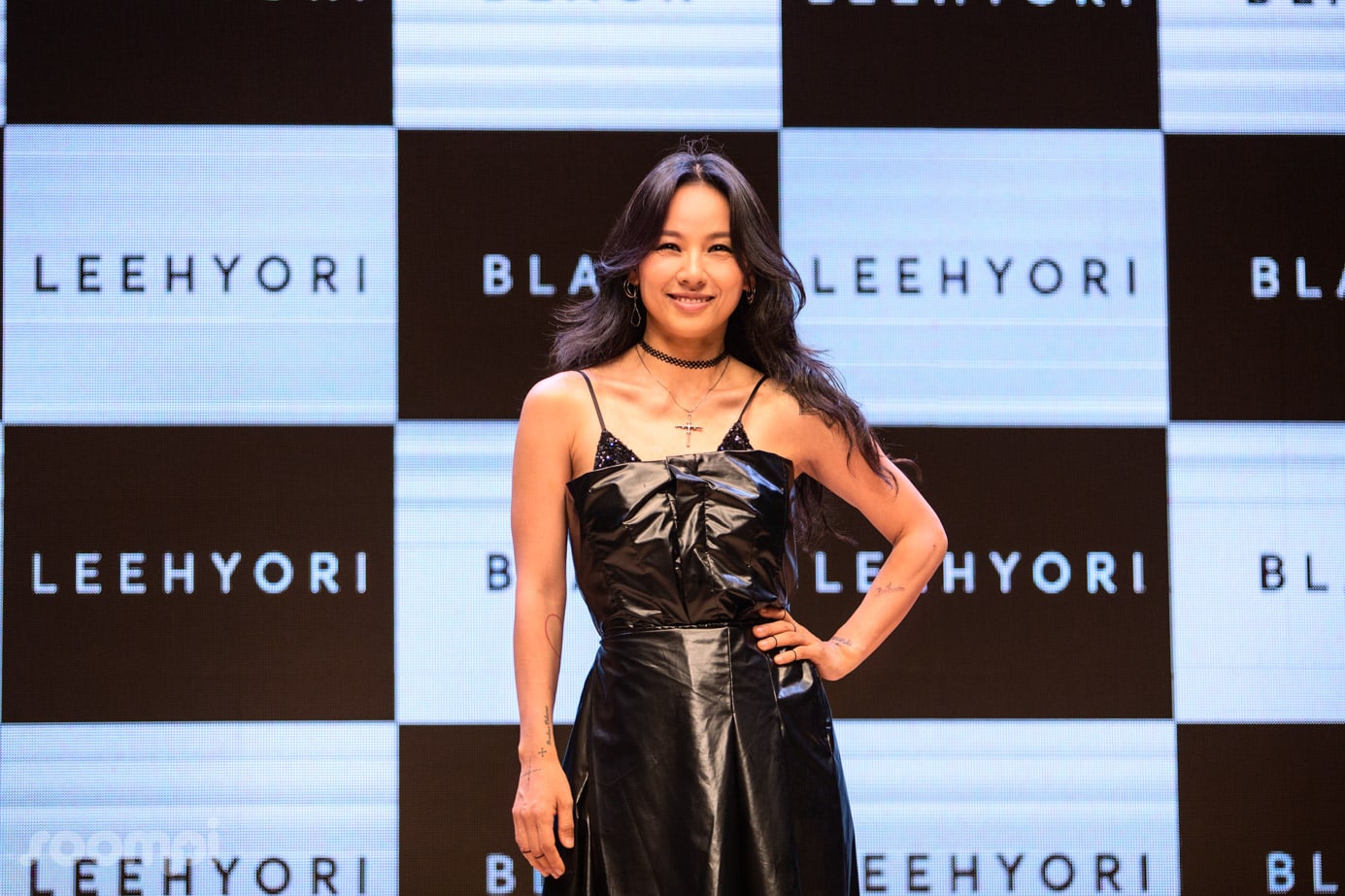 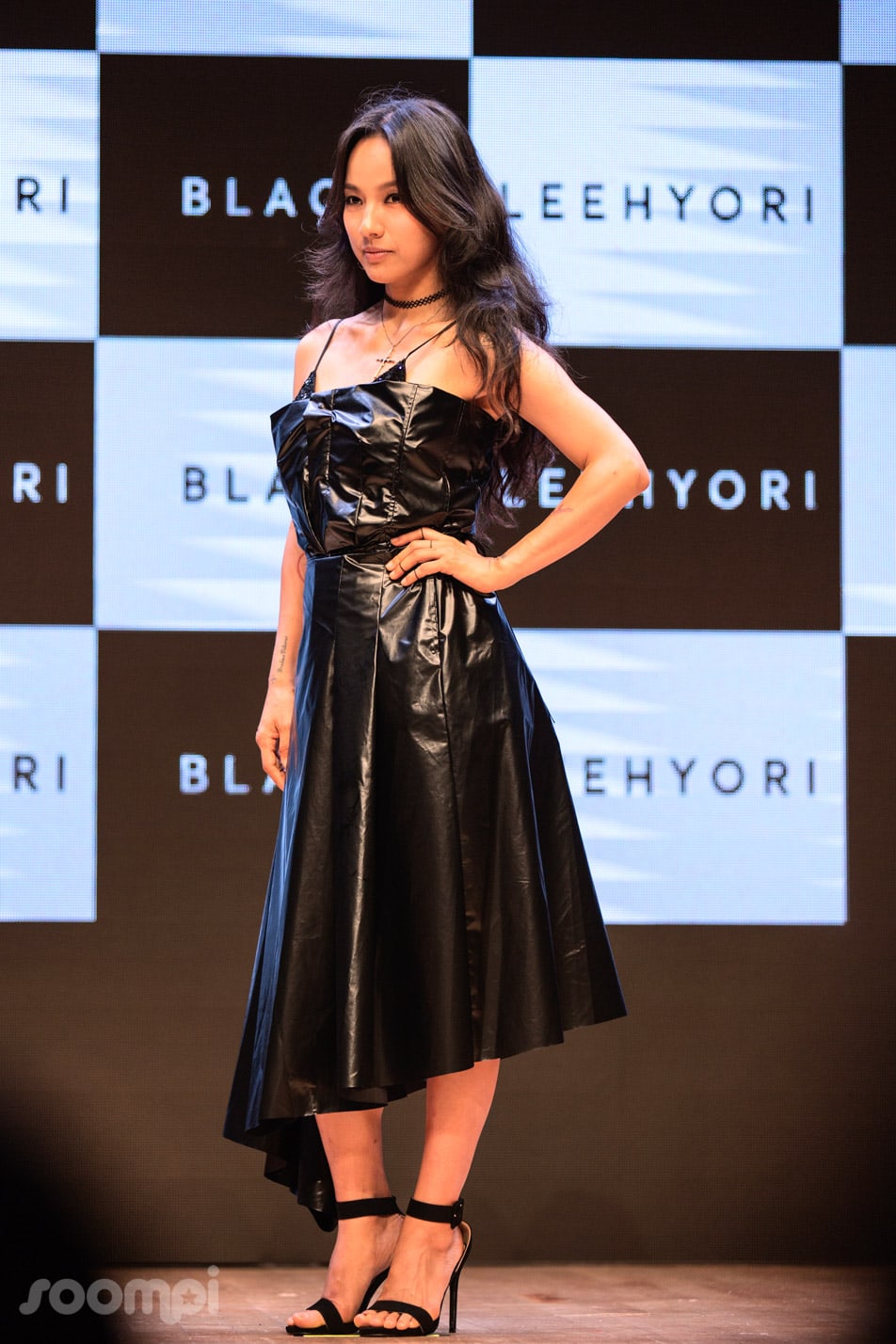 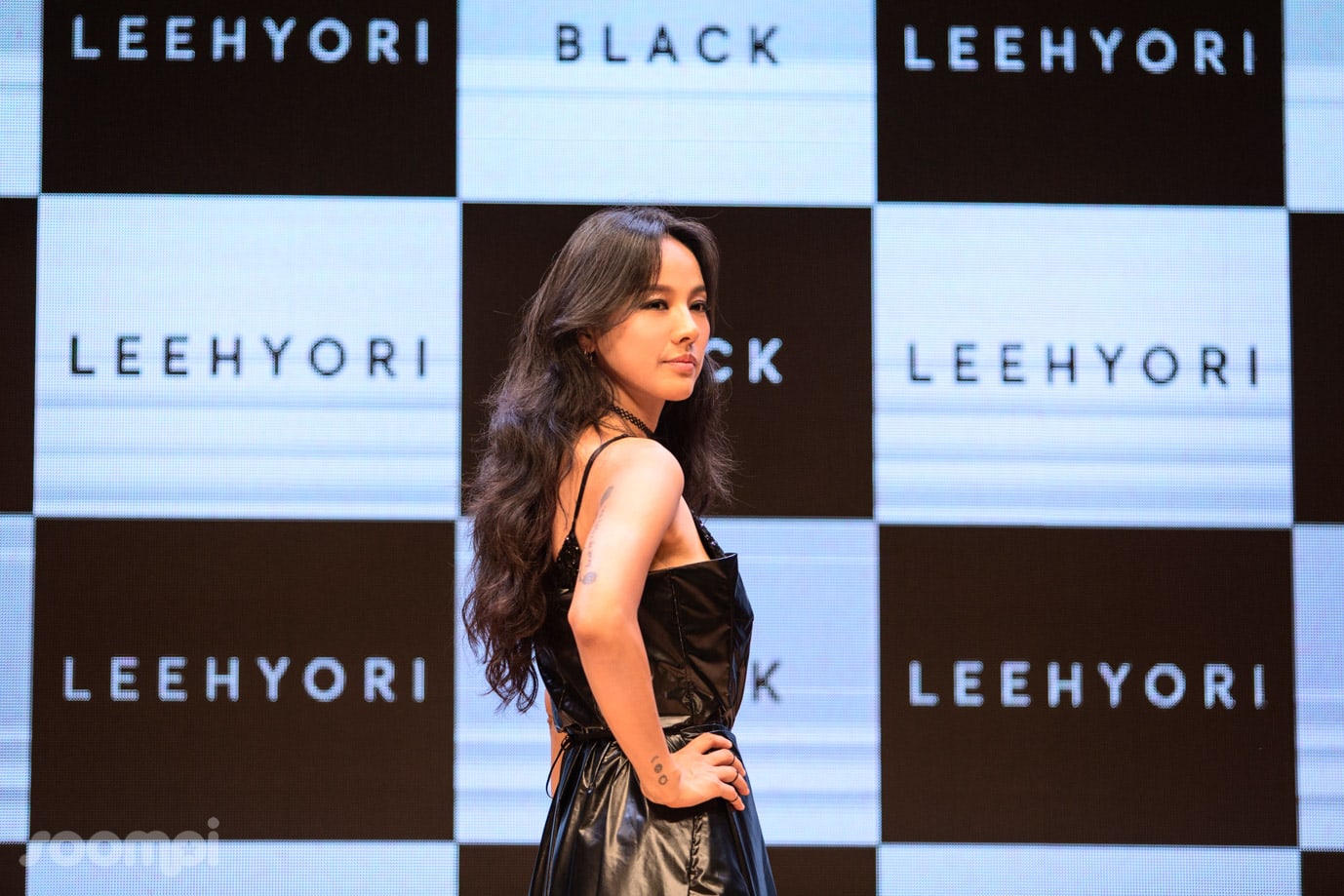 Soompi Spotlight
Lee Hyori
Soompi Exclusive
How does this article make you feel?