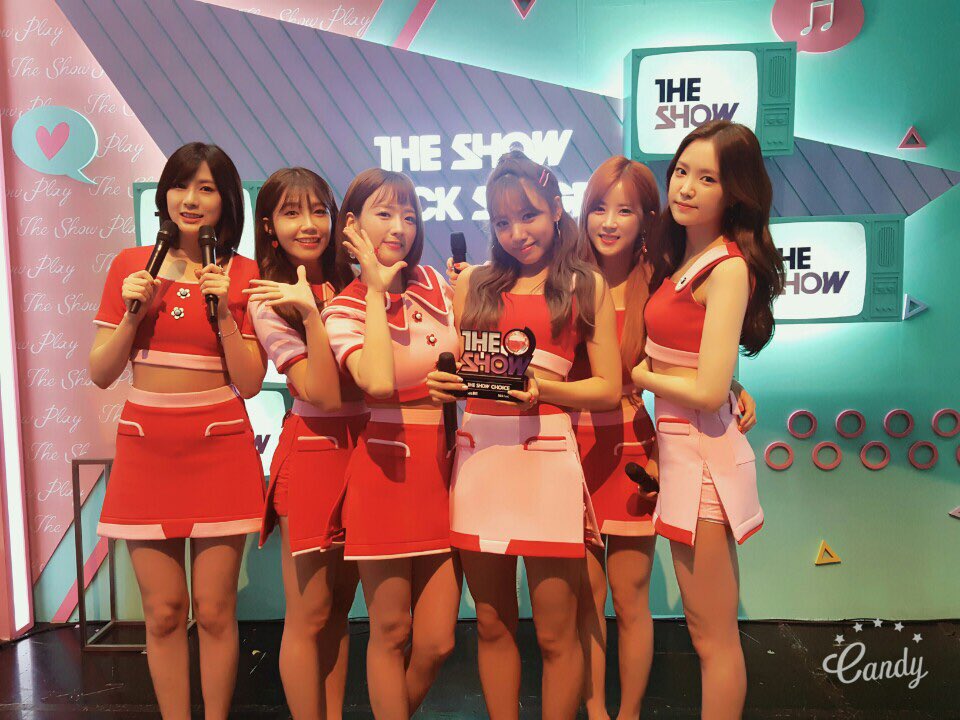 Apink has grabbed their first trophy for “Five”!

Apink seemed shocked by the win, and Chorong was sure to thank their fans for the award after nine months since their last comeback. Jung Eun Ji thanked their agency staff, as well as congratulated her fellow members, and thanked their parents. Namjoo also appeared to be crying with the trophy during their thank you speeches.

Comebacks this week were by UP10TION, VAV, Kim Tae Woo, BADKIZ, and NC.A (featuring Jeyeul). Singer 20 Years of Age also made his debut performance on “The Show” with “Remind Me.”

STELLAR – “Archangels of the Sephiroth”

Congratulations to Apink on their first win for “Five”!