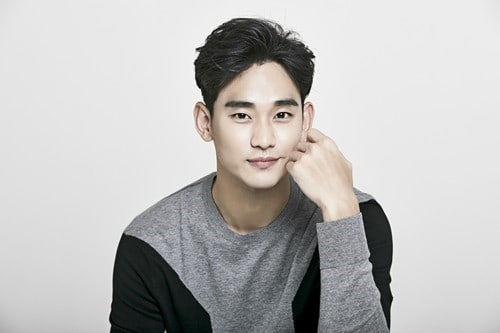 At an interview with news outlet Herald POP, Kim Soo Hyun opened up about how he felt when his popularity skyrocketed.

Kim Soo Hyun made his debut in 2007 with MBC’s sitcom “Kimchi Cheese Smile” and appeared in various works as a child actor. He made his breakthrough with KBS2’s “Dream High,” MBC’s “The Moon Embracing the Sun,” and SBS’s “My Love From the Star.”

He said, “Entering the entertainment industry and receiving attention from many people, I tried to get rid of the unnecessary things that Kim Soo Hyun as a person has, while trying to create new [features] to defend myself. Something was definitely going wrong. I was only becoming a piece of myself.”

He continued, “The people around me began caring for me and doing things for me, and at one point, I started to take it for granted. Kim Soo Hyun as a person and Kim Soo Hyun as an actor grew further and further apart, and I became a [spoiled] princess. It felt terrible. It was uncomfortable to have to carry that burden. At this rate, I wouldn’t be happy at all. I was shining on the outside, but I didn’t think it was okay to stay like this.”

Sharing his efforts to change, he said, “There wasn’t a specific moment that made me change, and I didn’t have a specific goal, but continuously having these thoughts made my attitude change little by little. Thankfully, the distance [between the two Kim Soo Hyuns] has become smaller. Now, I’m more at ease, I can meet eyes with people better, and I’m able to hold my head high. This made me realize that I have in fact entered my thirties. I’m still in the process of overcoming that ‘princess’ mind.”