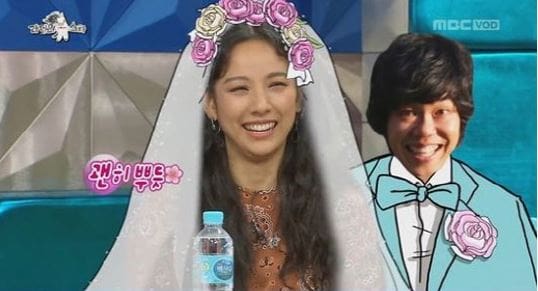 Lee Hyori appeared in the “Boss Sisters~ Legendary Sisters!” special episode of MBC’s “Radio Star” and talked about her married life, as well as some stories from her Fin.K.L days.

Her husband Lee Sang Soon is recently being called the “national husband” because of his perfect image on “Hyori’s Homestay.” Lee Hyori said, “I heard that a lot of household wives are telling their husbands to do better after watching the program. But my husband doesn’t work. He wakes up late in the morning, drinks some tea, plays the guitar. Living a life like this, he naturally helps out with housework and doesn’t complain. However, other husbands go out to earn money, so you shouldn’t compare. Lee Sang Soon is just someone who is a good fit with me.” 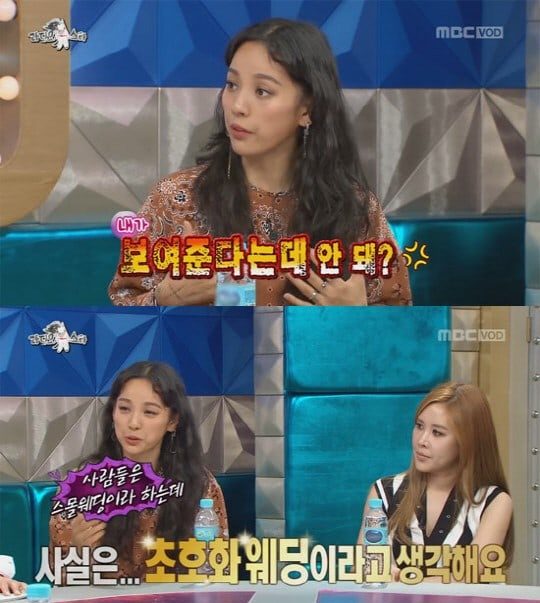 She added, “If you don’t earn money and live a comfortable life, it’s possible to live like this. There are some people who feel a sense of shame watching the show, saying, ‘I’m so jealous of that couple.’ ‘How are they so nice to each other?’ I was actually most worried about that. If a dual career family comes home after getting harassed by their boss at work, there’s no way they’d be able to say anything nice at home. So don’t tell each other, ‘Why can’t you do that for me?’ Instead, try to think of the person who has come home after working all day.”

See Also: Lee Hyori Opens Up About The Little Details Of Her Married Life On “Radio Star”

She then revealed that she has learned something through her three years of married life, and it’s that all men are the same. She said, “If you expect something new from your husband without knowing this, you’re going to have problems. Even if you do [have expectations], you won’t have fantasies about other men.”

Lee Hyori is considered the pioneer of small weddings. However, Lee Hyori revealed that her wedding was not a “small” wedding, but a “super luxurious” one. “My backyard is big, and I paid for the guests’ flights and lodging. Having your wedding at a normal wedding hall is truly a ‘small’ wedding.”

See Also: Lee Hyori Confesses That She Was The Loner In Fin.K.L.

She moved on to talk about her Fin.K.L days, when her agency told her to cover up when she wanted to wear more revealing clothes. Lee Hyori declared, “I’m quite curvy,” and explained that she was finally able to show what she had for her first solo album. When Kahi talked about her swimsuit outfit when she was part of a dance team, Hyori stated, “The regulations on stage outfits these days are too strict,” and continued, “Why can’t I show what I want to show? The song is about seducing someone in 10 minutes, but I have to cover myself up? That doesn’t make sense. To express the song, the outfit has to follow suit.”