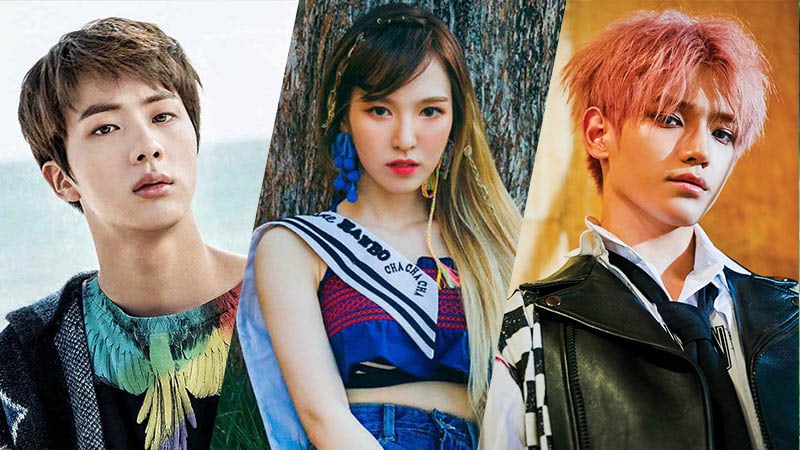 When imagining idols cooking, most of us probably envision lots of ramyun and other microwavable delicacies. However, not all idols have the cooking skills of your average college student. In fact, some of them are actually pretty freaking good in the kitchen. So as a tribute to these skilled idols, we present 13 K-pop idols who cook so well that they could also be chefs. Enjoy!

If you’ve seen SEVENTEEN’s “One Fine Day,” you were probably anticipating that Mingyu would be on this list. This boy has proved himself to be the resident cook of his group time and time again, and there are plenty of videos to prove it. Watch below as the hip hop unit shows off their convenience store dishes, ranging from Mingyu’s tasty lasagna to Vernon’s odd hodgepodge of a dish.

As a former competitor on “Master Chef Korea Celebrity,” you’d expect nothing short of the best from Fei. Her cooking skills even rival those of professionals, believe it or not. If you don’t believe me, watch any video of her cooking.

Because of his extreme love for food, Jin has taken it upon himself to cook for himself and his group mates. Seriously, this guy loves to eat so much that he has his own show called “Eat Jin.” And although he considers cooking as just a hobby, Jin certainly has the potential to take his talent further.

Anyone who knows Wendy is aware of her impressive baking skills, ironically making the group name “Red Velvet” perfect for her. If anything she makes is as sweet as her personality, it’s bound to be delicious. If you’re a dessert lover and are reading this on an empty stomach, the clip below might be too much for you to handle. Viewer discretion is advised.

Having cooked on “EXO Showtime” and hosted his own V Live cooking broadcast, D.O. is definitely one of the more reputable chefs of EXO. He says that he really enjoys it, but doesn’t think of himself as all that good at it. However, most EXO-L’s will probably beg to differ; he’s plenty good at cooking and has so much potential to improve.

With her healthy, balanced meals (as seen below), it’s no surprise that former SISTAR member Soyou stays so fit. She cooks in order to take care of her body, which is something that we should all strive for. Soyou’s mouthwatering home-cooked meal is enough to have any of us wanting more food.

To be honest, is there anything that Henry can’t do? As if his musical and language prowess weren’t already impressive enough, now he has top-tier cooking abilities to add on top of that. Watch below as he shows off his flashy pan frying techniques that could wow even a professional chef.

As the resident mom of NCT, it’s only natural that Taeyong knows how to cook. If he doesn’t feed the NCT Dream kids, then who will? Despite his loss to Jaehyun on the K-food edition of “NCT Life,” we all know that Taeyong has the most experience overall.

If you consider all of the Girls’ Generation members, YoonA is the one who takes the most interest in cooking. Her cute, easygoing attitude is perfect for a TV chef; and in the video below, she gives off the feel of having a professional cooking show. Is YoonA the next Rachael Ray? Probably not, but we love her anyway.

As he cooks up a dish for his fellow member Park Yoochun, fans can’t help but swoon at such adorable, domestic content. Jaejoong is, without a doubt, boyfriend material. The clip has been provided below for your viewing pleasure.

Although she may be a bit of a cooking novice, Amber certainly has the ability to become a good quality chef. In the clip below, Amber begins to learn the basics of burrito making in a real live restaurant, showing her hardworking attitude. It is this determined mindset that could lead Amber to culinary greatness.

With his members backing him up, Jota is declared as MADTOWN’s team chef. Despite his minor slip-ups with one recipe, the members assure Jota that the rest of his dishes are flawless. Watch below as Jota cooks while his members make funny remarks in the background.

Although the UP10TION members have said that nobody in the group is an amazing chef, they claim that Bitto is probably the best out of all of them. Armed with a knowledge of the basics and a keen sense of flavor, Bitto is a candidate to become a strong chef in the future. Watch below as he showcases his skills with a simple yet precise method of egg cookery.

Meanwhile, watch Bitto and the rest of the UP10TION members try their hand at making American dishes on the fifth episode of “UP10TION, Please” below!

Who do you think is the most talented idol chef? Is there anyone missing from this list? Leave your response in the comments below!