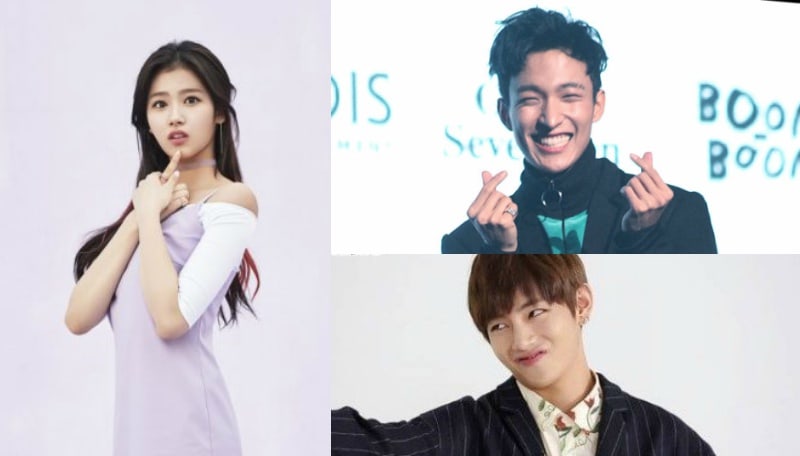 With the birth of K-pop, idols have come to be revered and admired by millions of fans across the globe. Their flawless performances and their effortless skills make us think they have it all, but in reality, they are human just like us. As you’ll see below, idols make mistakes, and with them, they become even more adorable.

On the outside, T.O.P might seem like he’s always serious, but on the inside, he can be an absolute klutz.

Everyone has that moment when they fall off the chair. It’s a natural part of life. For Jimin… it involves kicking himself in the head.

Yoga really isn’t for everyone. As flawless as she might be on stage, Sana is no exception.

We’ve all been there, and we all know just how much it hurts to get hit by a metal pot. G-Dragon is perfect in so many ways, it’s nice to know he makes mistakes too.

As talented as Sowon is, rapping doesn’t come to her naturally. She’s only human, after all.

Out of all the runners in this race, Shindong is the one who deserves a medal the most. We all hate running, let’s not pretend otherwise.

Ice is the greatest enemy to mankind. Yuri and Hara experience the dangers of ice firsthand, proving they can fall just like the rest of us.

What could be worse than realizing you almost ate preservatives? It’s that scary moment when you think you’re gonna die, and then everything goes back to normal. We’ve all been there.

Some of us, no matter how great we look, really aren’t meant to do sports. Yubin is a great example.

Falling is the most natural thing a human can do. Our precious Taehyung is very familiar with it.

And just when you were thinking her hair was too perfect to be real, you find out you were right.

Hey Soompiers! Have a favorite fail moment from your bias? Let us know in the comments!

J. Simpson is a Creative Writing student hailing from the U.S. with a habit for binging Asian dramas and rocking out to Korean music. She hopes to one day travel internationally and teach English. Say hello and follow her on Instagram.