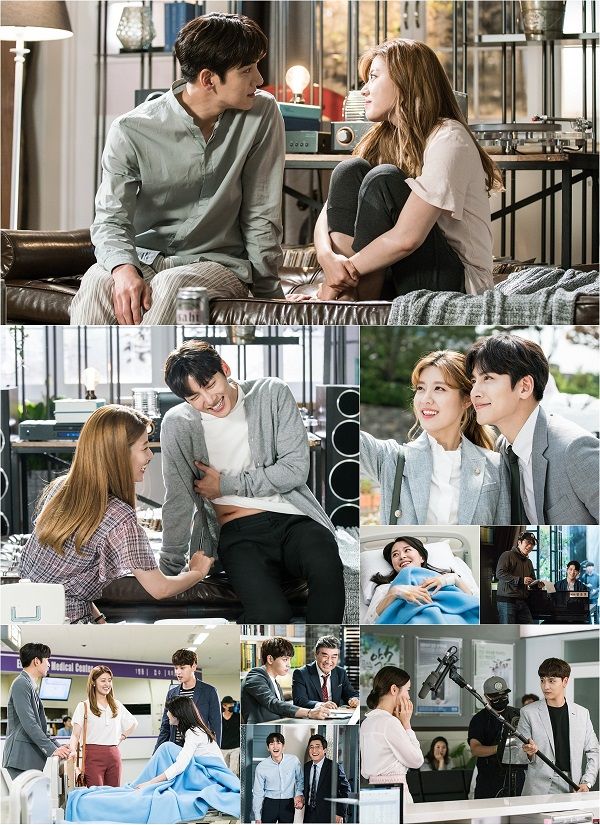 A look behind the scenes of “Suspicious Partner” shows that the filming set is full of fun and laughter.

On July 10, the drama’s production company revealed behind-the-scenes stills as a goodbye present for viewers.

Ji Chang Wook (No Ji Wook) and Nam Ji Hyun’s (Eun Bong Hee’s) chemistry in the drama was phenomenal. They showed 100 percent synchronization with their roles and exchanged their lines naturally. In one of the stills, they look into each other’s eyes, while in another, they burst out laughing.

In another image, Ji Chang Wook, Nam Ji Hyun, Choi Tae Joon (Ji Eun Hyuk), and Hello Venus’s Nara (Cha Yoo Jung) have a conversation during a break. Choi Tae Joon even decides to help out Kim Ye Won (Prosecutor Na) and holds out a mic in front of her.

The producers stated, “There are only four more episodes left until the last one. All of the actors and staff feel sad about this. We would like to thank our viewers for showering the drama with love, and we will do our best to show the best we can until the end.”