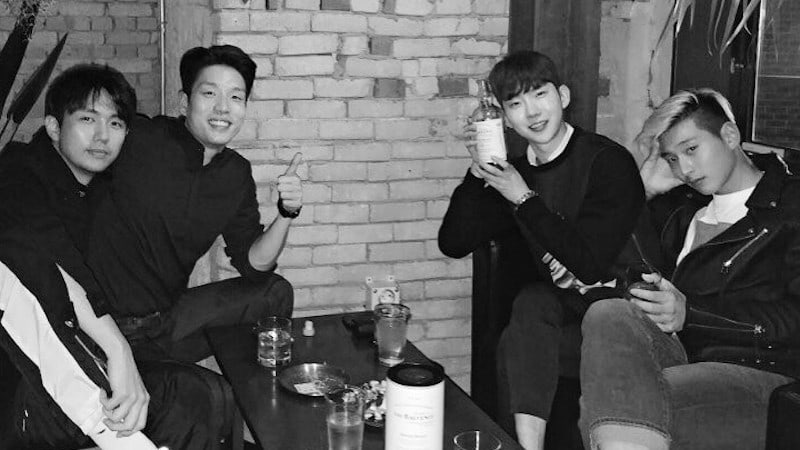 Ballad group 2AM made their debut on July 11, 2008, marking today as their ninth anniversary since debut, and the members have taken to social media to celebrate!

Leader Jo Kwon posted an image and lyrics of their debut single “This Song” and added hashtags with the names of the four members. He wrote, “Thank you for the time until now and the times ahead.”

Changmin posted a humorous photo of the group with the caption, “I am proud of the members that are working hard in various fields, and I am so thankful to our fans that don’t leave and continue to support us.” He ended by asking fans to keep looking after them.

Im Seulong shared his affection for the members and fans, writing, “Kwon Chang Jin members, IAMs, I love you all so much.”

Jeong Jinwoon uploaded a photo from their debut days and commented, “Members, thank you so so much. IAMs, thank you and sorry.”

Although the four members are now in different agencies, the group continues to maintain their friendship and has talked about their desire to reunite one day.

Happy ninth anniversary to 2AM!

Jeong Jinwoon
2AM
Changmin (2AM)
Jo Kwon
Im Seulong
How does this article make you feel?