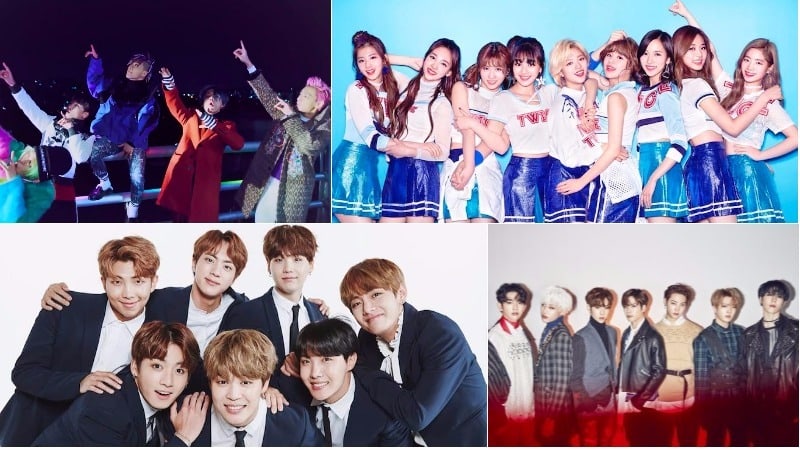 YouTube has released a list of the top 10 most viewed K-pop music videos in the world for the first half of 2017.

The list was compiled by looking at the views for K-pop music videos that were released any time in between November 24, 2016 to June 25, 2017.

No.1 was TWICE’s “Knock Knock,” while BTS came in second with “Not Today.” Third place was BIGBANG’s “FXXK IT,” while BTS’s “Spring Day” followed in fourth place.

EXO’s Chanyeol and Punch placed fifth with their “Goblin” OST track “Stay With Me,” while TWICE’s “Signal” placed sixth. 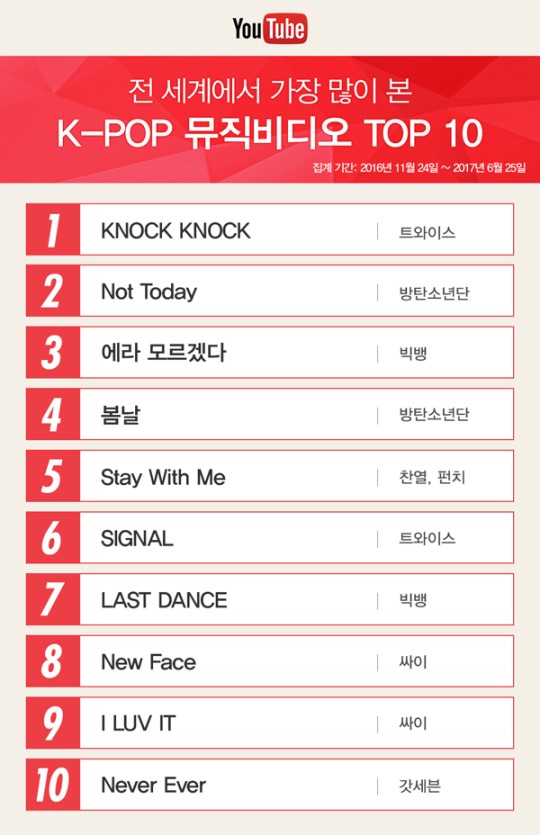 Congratulations to all the artists that made the list!

GOT7
TWICE
EXO
BTS
BIGBANG
Punch
Chanyeol
How does this article make you feel?