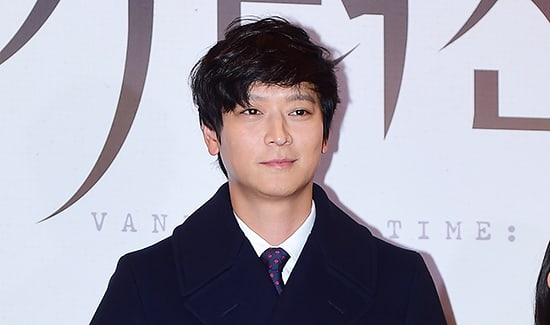 The festival posted an official announcement regarding this honor through social media, and also shared a live video of the actor actually receiving the award.

In his acceptance speech, he relayed, “I’m very happy to have been invited to such a great movie festival, and to be awarded a huge honor. [This movie’s] genre is an uncommon one in Korea as well and many people worked together to challenge this new movie, so I’m thankful to be able to meet the audience in New York.”

Kang Dong Won is the third Korean actor to be given to be given this award, following Sol Kyung Gu in 2014 and Lee Byung Hun in 2016. Notably, his film “Vanishing Time: A Boy Who Returned,” which saw a favorable response in South Korea, reportedly brought in a full house at the festival as well.

Meanwhile, the actor is currently filming a historical production about the pro-democracy movement in South Korea titled “1987,” and is also preparing for another role in “Jin-Roh: The Wolf Brigade,” which will be based off on the Japanese animated thriller.