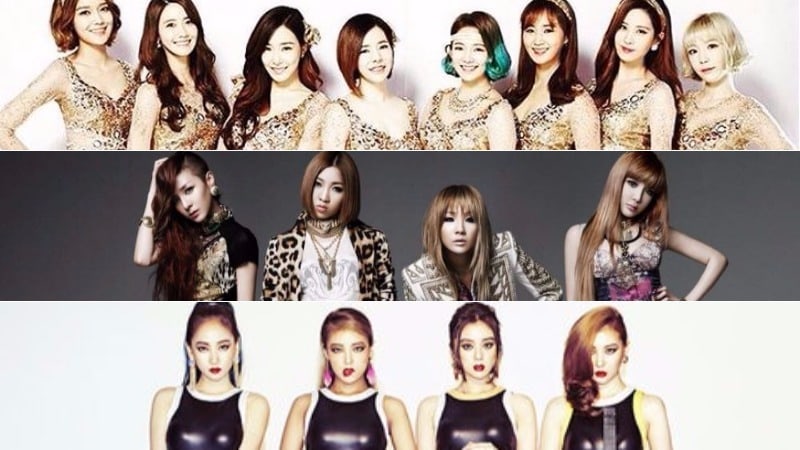 Recently, the American music ranking site Billboard published a list of their critics’ choices for most influential K-pop girl groups. They chose the groups based on their impact in shaping the K-pop industry over the last decade.

Coming in at No. 1 was none other than Girls’ Generation. Billboard highlighted that since the track “Gee” came out in 2009, the girls have taken the K-pop scene by storm. They stayed true to their sound and released many more hits like “I Got a Boy” and “Tell Me Your Wish (Genie).” The article also talked about how the members of the group are all pursuing solo activities but plan to make a comeback with a special 10-year anniversary album.

Coming in at No. 2 was 2NE1, who paved the way for girl groups with a more powerful image and launched to the top very early on in their career with hit singles like “Fire,” “I’m the Best,” and “Lonely.” Although the group disbanded earlier this year, they undoubtedly left their mark on K-pop history.

Wonder Girls took the No. 3 spot. Billboard described them as the first ever K-pop group to be a viral success with their retro-pop hits like “Tell Me” and “Nobody.”

Who do you think is the most influential girl group?