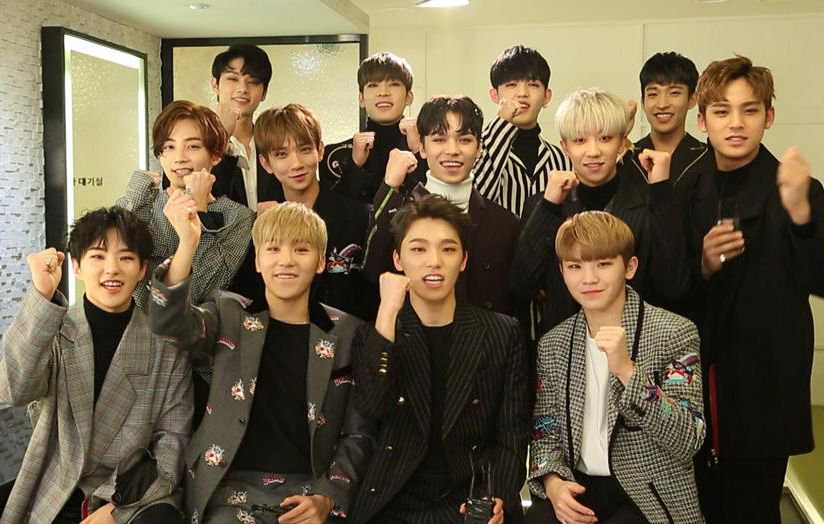 13 Times SEVENTEEN Wowed Us With Their Stunning Cover Performances

Carats often refer to SEVENTEEN as the king of covers, and it is easy to see why! The 13 members of this up-and-coming group never fail to impress fans with their dynamic performances. And they’re not only limited to their own stages either; they also stun audiences with their flashy renditions of other artists’ tracks. It’s hard to believe that SEVENTEEN only debuted a little over two years ago, when it feels like they conquer every stage.

Check out this list to see some of SEVENTEEN’s most memorable cover performances!

When covering one song wasn’t enough, SEVENTEEN pulled off a remix of numerous songs from groups including EXO, GOT7, B.A.P, SHINee, Highlight, and more! This famous mix then flowed into a joint performance of “Boom Boom” and “Very Nice.”

These talented rookies proved their musical prowess when they blew away the audience of “Immortal Songs: Singing the Legend” with “Tell Me.” They also payed tribute to many of Uhm Jung Hwa’s other famous tracks and got her on her feet by the end of their segment!

Returning to “Immortal Songs: Singing the Legend” recently, SEVENTEEN took on the challenge of covering one of Clon’s songs from 1997. The unique style of the older track didn’t deter them in the slightest, and it didn’t take long for the audience to become as excited as they were.

SEVENTEEN shocked their fans when they revealed this fatally cute medley of “Lion Heart,” “Rough,” and “Ice Cream Cake.” Even girl group songs are within the reaches of these multitalented artists!

MAMAMOO is known for their powerful vocals in the K-pop industry. The vocal unit was able to showcase their skills when it came time for SEVENTEEN to perform “Décalcomanie.” It is impossible to forget this performance, as they added classy suits and smooth choreography on top of their always impressive vocals!

Guess which group can be counted on to bring their A game when it’s time to get down?

Of course SEVENTEEN is who we were all thinking of!

Another classic was covered by SEVENTEEN when they shared this beautiful “Wild Eyes” stage with the world. The debonair image was a pleasant surprise for Carats, who are used to seeing SEVENTEEN’s bright music videos and cheerful performances.

Speaking of bright and cheerful performances, SEVENTEEN proved they can be adorable when they covered “Happiness,” which is older than some of their own members! Their remake ended up being even cuter than the original. Carats know that every opportunity to see Woozi in overalls is a valuable one.

It appears as though there are no limits to the style or age of music that SEVENTEEN can perform. They showcased this attribute once again through their remix of songs by Girls’ Generation, S.E.S, and Lee Hyori.

10. TVXQ and Super Junior’s “Show Me Your Love”

It’s not surprising that SEVENTEEN’s large number of members allows them to cover tracks by senior groups as big as Super Junior. However, they really outdid themselves when they put on this special holiday stage which was originally performed by the 17 members of TVXQ and Super Junior combined!

All 13 members pulled off the heart-fluttering choreography for “U” in this enthralling cover!

SEVENTEEN is back at it again with the Super Junior covers! Carats and E.L.Fs often comment about how they are reminded of the old Super Junior whenever they see these talented boys take the stage.

“Bindaetteok Gentleman” is by far the oldest song performed by SEVENTEEN on this list, as it came out in 1987! SEVENTEEN plunged right in and won fans over with their cheerful, retro, and sophisticated revision.

Hey Soompiers, which cover performance was your favorite? Let us know which stage SEVENTEEN did best in the comments below!