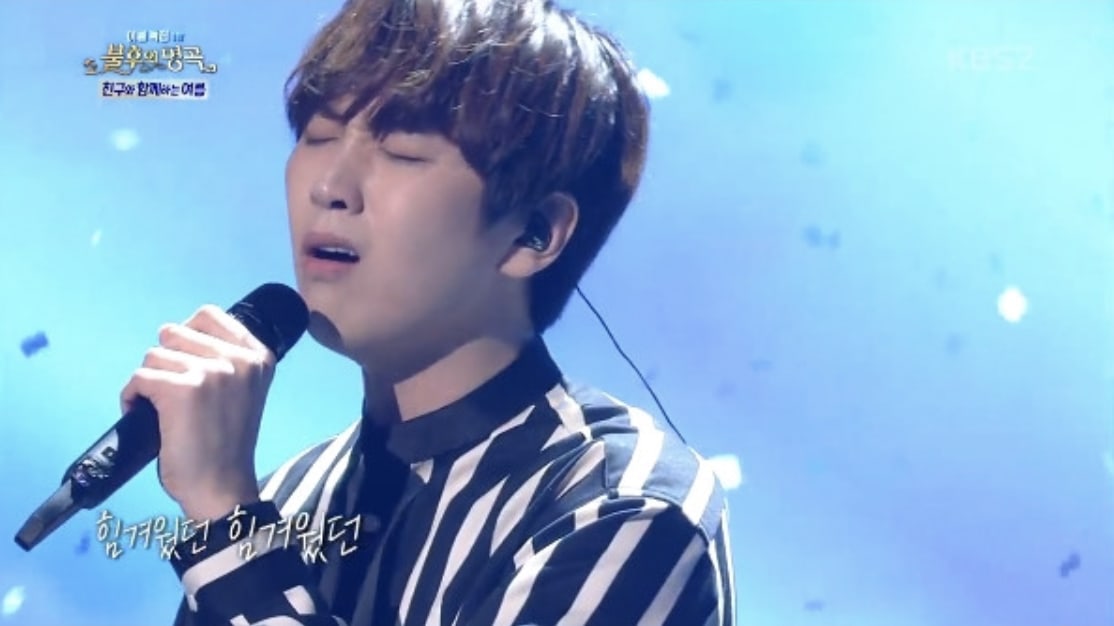 On July 22, B1A4’s Sandeul appeared on the first episode of “Summer Spent Together with Friends” special of KBS2’s “Immortal Songs: Singing the Legend”. 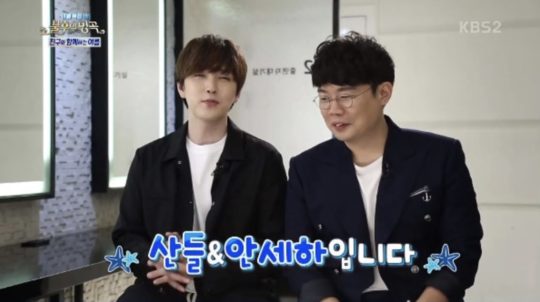 Sandeul introduced his duet partner and sworn brother Ahn Se Ha, an actor who had become close friends with Sandeul after they appeared in a musical together three years ago.

Sandeul and Ahn Se Ha got on stage as the last performers to sing Im Jae Bum’s “Flight.” Prior to going on stage, Sandeul explained that the reason for choosing the song was so he could “fly” and enjoy the performance with Ahn Se Ha. 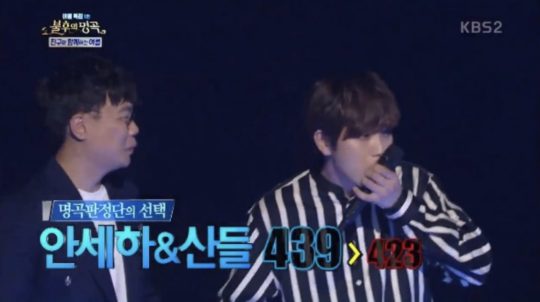 The two delivered a poignant duet that caused MC Jung Jae Hyung to tear up, and Ahn Se Ha surprised the audience with his extraordinary vocals.

Watch their stunning performance below!

Ahn Se Ha
B1A4
Happy Together
Sandeul
How does this article make you feel?