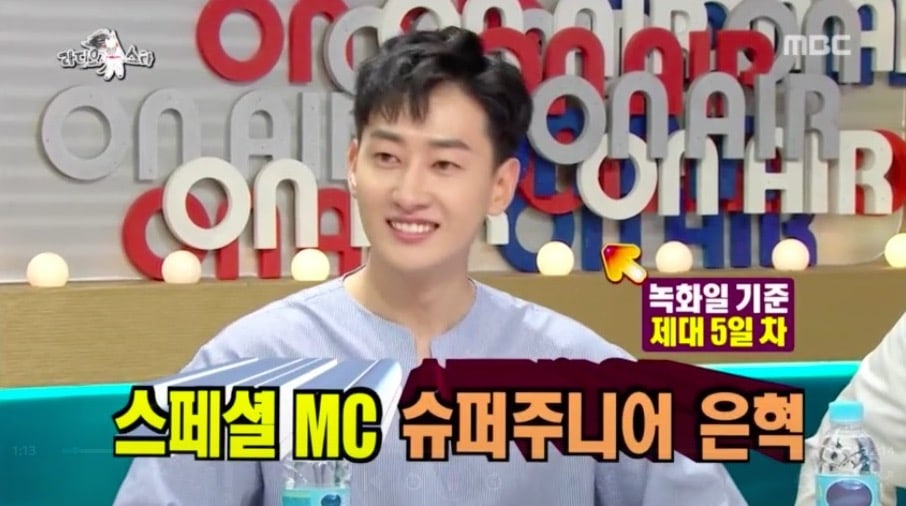 On July 26, Eunhyuk appeared as a special MC on MBC’s talk show “Radio Star.” The show has been recruiting special MCs to fill their fourth MC chair since Eunhyuk’s fellow member Kyuhyun left to fulfill his mandatory service in the army in May.

Eunhyuk filmed the show on the fifth day after being discharged from the army on July 12. He looked nervous as he smiled and first greeted viewers with a few hesitant bows, which made his fellow MCs laugh. 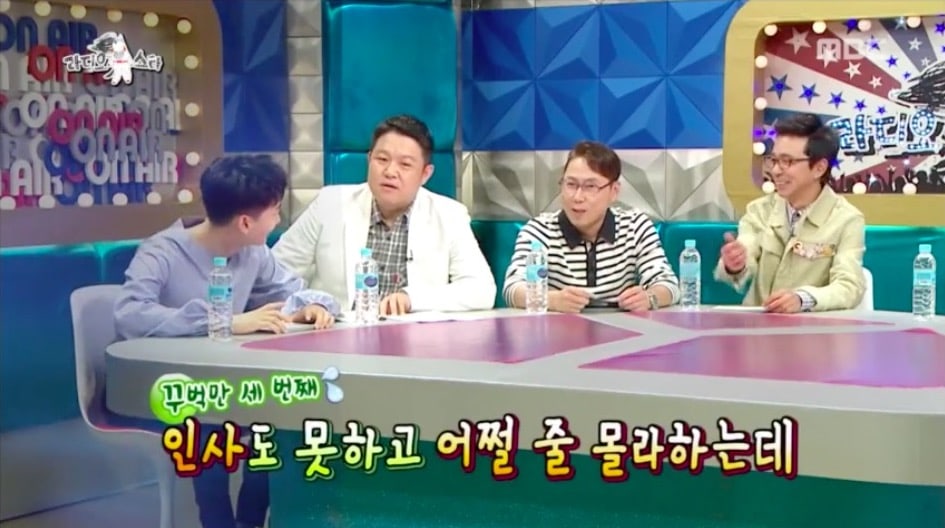 Kim Gura encouraged him to be comfortable by just thinking of himself as a sergeant in the barracks, and so Eunhyuk adopted a formal style of language as he bowed again and greeted everyone watching. 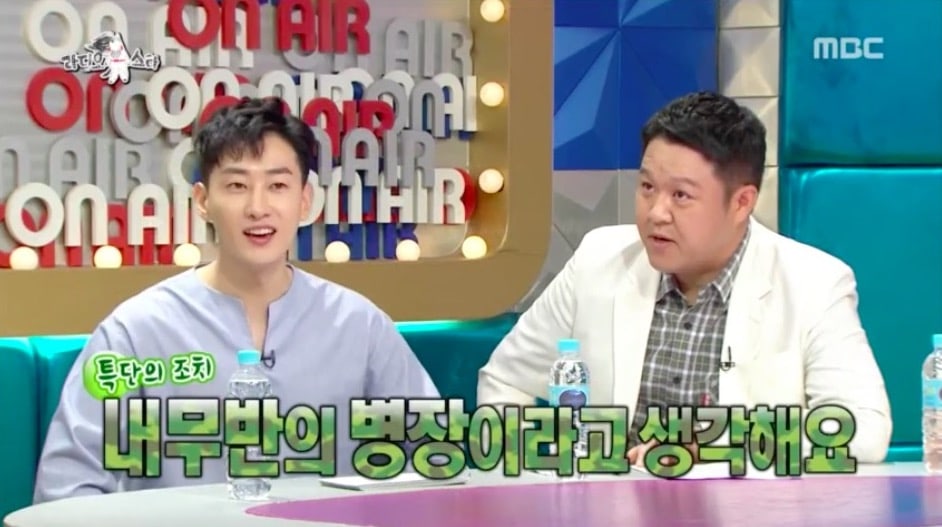 “Hello, it’s good to see you,” he said to the viewers. “It’s been a while. I’m Super Junior’s Eunhyuk, who is returning to television after being discharged from the army. I’ll work hard today!” 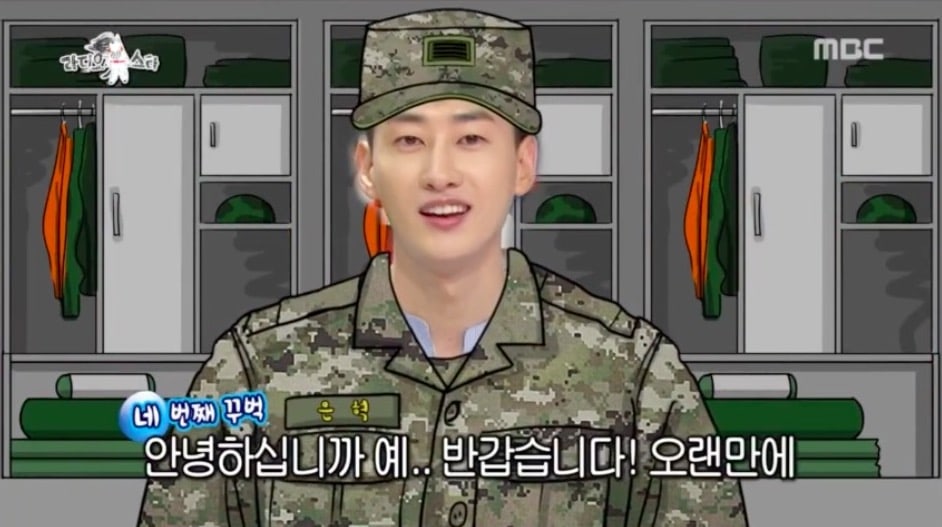 The other MCs then teased Eunhyuk about the photos of him diving that they’d brought up during a former guest appearance on the show too. 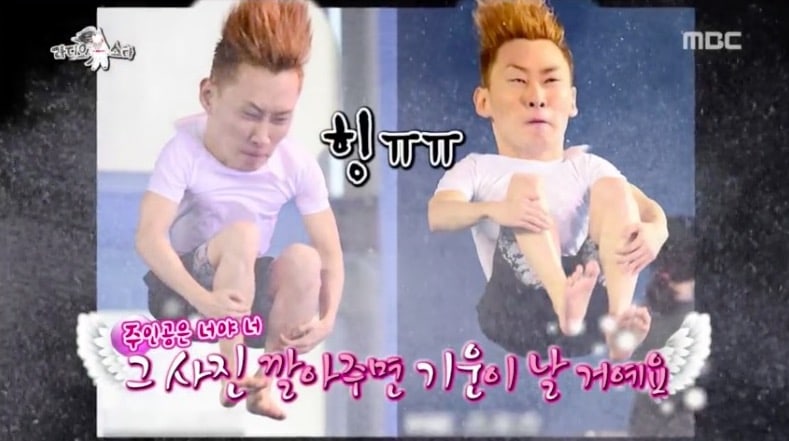 Donghae also recently returned from the army, and the pair will be joining Super Junior in the group’s comeback later this year. In addition, they will be performing at KCON LA next month as their sub-unit Super Junior-D&E.

Check out more of Eunhyuk as the special MC on “Radio Star” in this week’s episode.

Super Junior
Eunhyuk
Radio Star
How does this article make you feel?