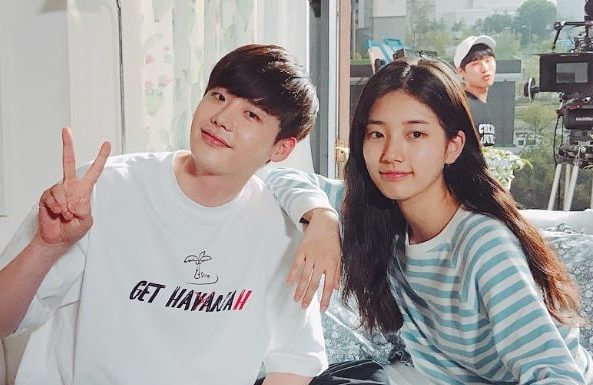 Now that the upcoming drama “While You Were Sleeping” has officially wrapped up its five months of shooting, Lee Jong Suk took some time to bid farewell to the cast and production staff.

On August 1, the actor shared a set of photos from their last filming day, expressing that he’ll be missing them. The photos show him posing next to his co-star Suzy, along with a few other staff members.

Click on the arrow next to each photo to see all of them!

Meanwhile, “While You Were Sleeping” will be airing on SBS this fall.