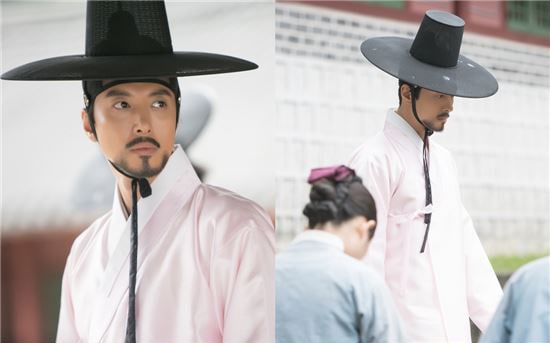 With only two more episodes left of KBS2’s “Queen for 7 Days,” new stills show the next chapter in the story of Lee Dong Gun’s character.

On July 7, the production team of “Queen for 7 Days” released two images of Lee Yoong, played by Lee Dong Gun, wearing a grim expression and being led out of the palace on a horse.

In the previous episode, Lee Yoong was overthrown from a revolt due to his insanity and envy. However, the new stills show a different side to Lee Yoong, who seems to be devastated and lonely. Since Lee Yoong had fallen to the status of a wrongdoer from king, Lee Dong Gun portrayed Lee Yoong’s sadness with an empty gaze. 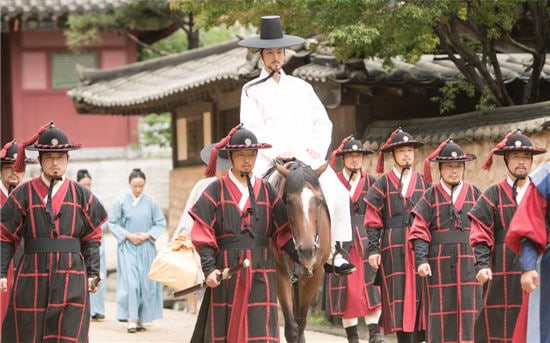 The production crew shared, “There will be more drama and emotional acting until the last episode. Please keep watching to find out the destiny of exiled Lee Yoong, and how his sadness will tap into the hearts of viewers.”