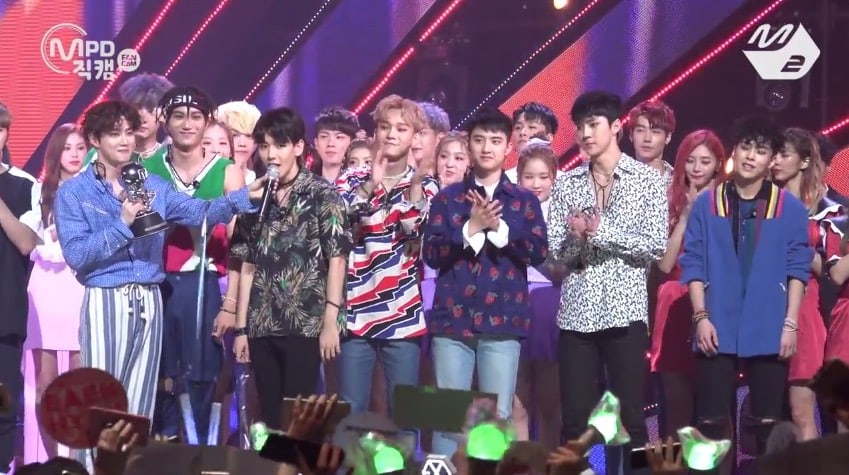 EXO has won another trophy for “Ko Ko Bop”!

It was another SMTOWN competition on August 3’s episode of “M!Countdown,” with Red Velvet’s “Red Flavor” up against their label mates EXO’s “Ko Ko Bop.” EXO took the win with a total score of 9,003 to Red Velvet’s 7,231.

This is the second week in a row that EXO has won on “M!Countdown” for “Ko Ko Bop,” and their sixth trophy over all!

Watch their performance, win, and encore below.

There were plenty of exciting debuts and comebacks this week on “M!Countdown”!

In particular, there were many “Produce 101 Season 2” contestants making their debut, with performances by Samuel Kim, the duo Longguo&Shihyun (Kim Yong Guk and Kim Shi Hyun), and Yoo Hoe Seung’s first performance with N.Flying on the show.

Comebacks were by 9MUSES, Cheon Dan Bi, CLC, GFRIEND, JJ Project, N.Flying, Raina, and Shannon! Other performances on this week’s episode of “M!Countdown” were by DreamCatcher, KARD, LABOUM, MYTEEN, and Turbo.