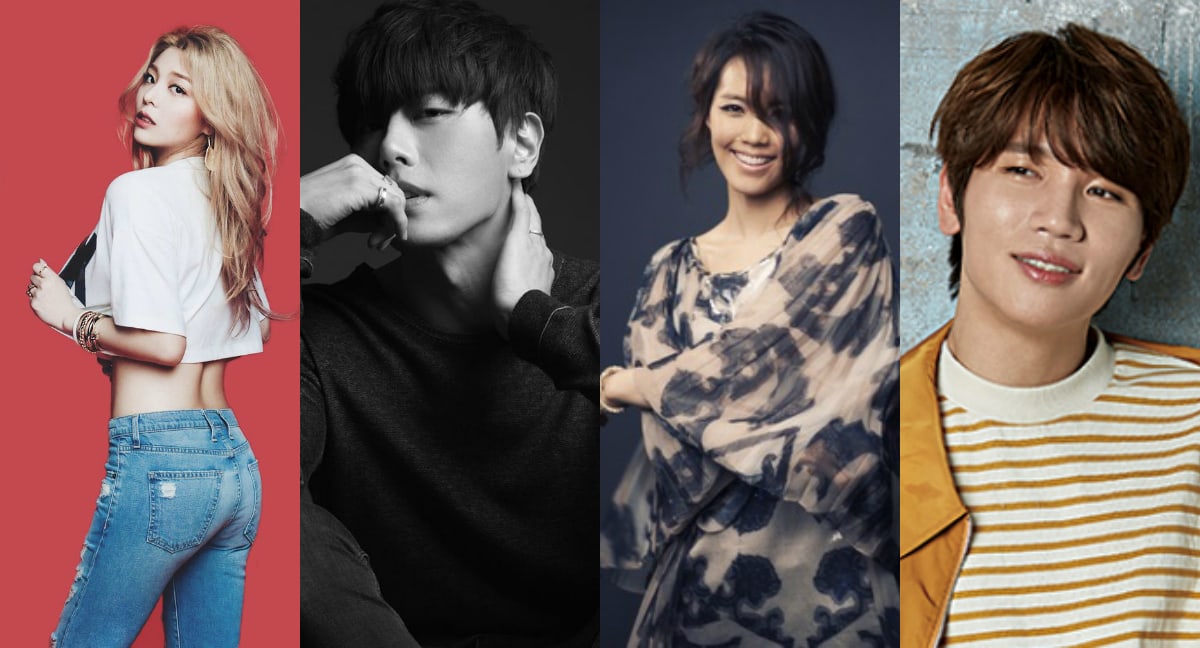 It’s now been about 10 years since videos of a guy with shaggy long hair and a mischievous smile generated major buzz on the internet for his effortless renditions of several Mariah Carey songs (filled with difficult high notes). That “male Mariah” was K.Will, now one of Korea’s most beloved balladeers. He’s also shown his skills at rapping and dancing through various live performances, not to mention his humor and all-around charm. Dear K.Will: please release a new album soon!

Known for her beautifully bright and clear soprano, Sohyang has consistently stunned audiences with her brilliant performances. In 2014, she became the first Korean singer to sing the American national anthem at an NBA game. She’s also won on “Immortal Songs” multiple times, and she now holds the record for the highest number of consecutive wins for a female singer on “King of Masked Singer.” Fun fact: she sang the main character’s songs for the Korean dubbing of the Disney film “Moana“!

After debuting in 2007, being forced to leave the stage after his agency closed down, and spending his twenties working part-time jobs and as a vocal trainer for idol groups like INFINITE, Hwang Chi Yeol was finally launched back into the spotlight in 2015 on the show “I Can See Your Voice,” where he astounded the judges with his rich, husky voice (and his good looks, hee). Now he is a fan favorite on several different music shows, and this summer he released the emotional single “A Daily Song.”

Long hailed as the “Beyonce of K-pop,” Ailee immediately turned heads with her powerful voice when she first appeared on the TV show “Singer and Trainer” with Wheesung in 2011. She then debuted with “Heaven” not long afterward in 2012. From her upbeat power anthems like “I Will Show You” to more emotional ballads like the record-breaking OST “I Will Go To You Like The First Snow,” Ailee has proven not only her vocal prowess, but her versatility as well!

Son Seung Yeon was still only a teenager when she won “The Voice of Korea” in 2012, but she blew everyone away from the beginning with her incredible voice. Since then, she’s frequently appeared on music shows such as “Immortal Songs,” and she’s also starred in the Korean version of the musical “The Bodyguard.”

Another audition program breakout star, Kim Feel was a runner-up on “Superstar K6.” Judges and fellow singers have frequently commented on the unique quality of his voice, which sometimes sounds almost like multiple voices singing at once. He is currently enlisted as a public service worker, so we’ll have to wait a while until he can bless our ears with some new music.

One of South Korea’s most beloved ballad and OST singers, Gummy has also had a long and successful career, debuting in 2003 and releasing many albums, mini albums, and drama OSTs. Of course, one of her most recent successes was the popular OST “You Are My Everything” for “Descendants of the Sun“!

The talented Park Hyo Shin has now been active for nearly two decades, having debuted in 1999. Throughout that time, fans have been able to see him employ a variety of musical styles as he earned his reputation of being one of Korea’s top singers. His mega-hit ballad “Wild Flower” was released in 2014, but stayed in the Melon Top 100 even in 2016!

Yangpa was only 17 when she entered the music scene in 1996. Unfortunately, agency issues and health problems led to her being mostly inactive in the 2000s, but fans didn’t forget her beautiful voice, and she has recently been back in the spotlight thanks to TV programs such as “I Am A Singer” and “Immortal Songs.”

With his rich, smooth voice and ability to convey deep emotions, it’s no wonder that Kim Bum Soo was the first Korean artist to enter the Billboard Hot 100 with his song “Hello Goodbye Hello” in 2001. Perhaps his most famous song is “I Miss You (보고싶다),” which skyrocketed to popularity thanks to the drama “Stairway to Heaven.” You can see why from this recent live performance of the ballad!

Hey soompiers, who are your favorite Korean solo artists? Let us know in the comments below!