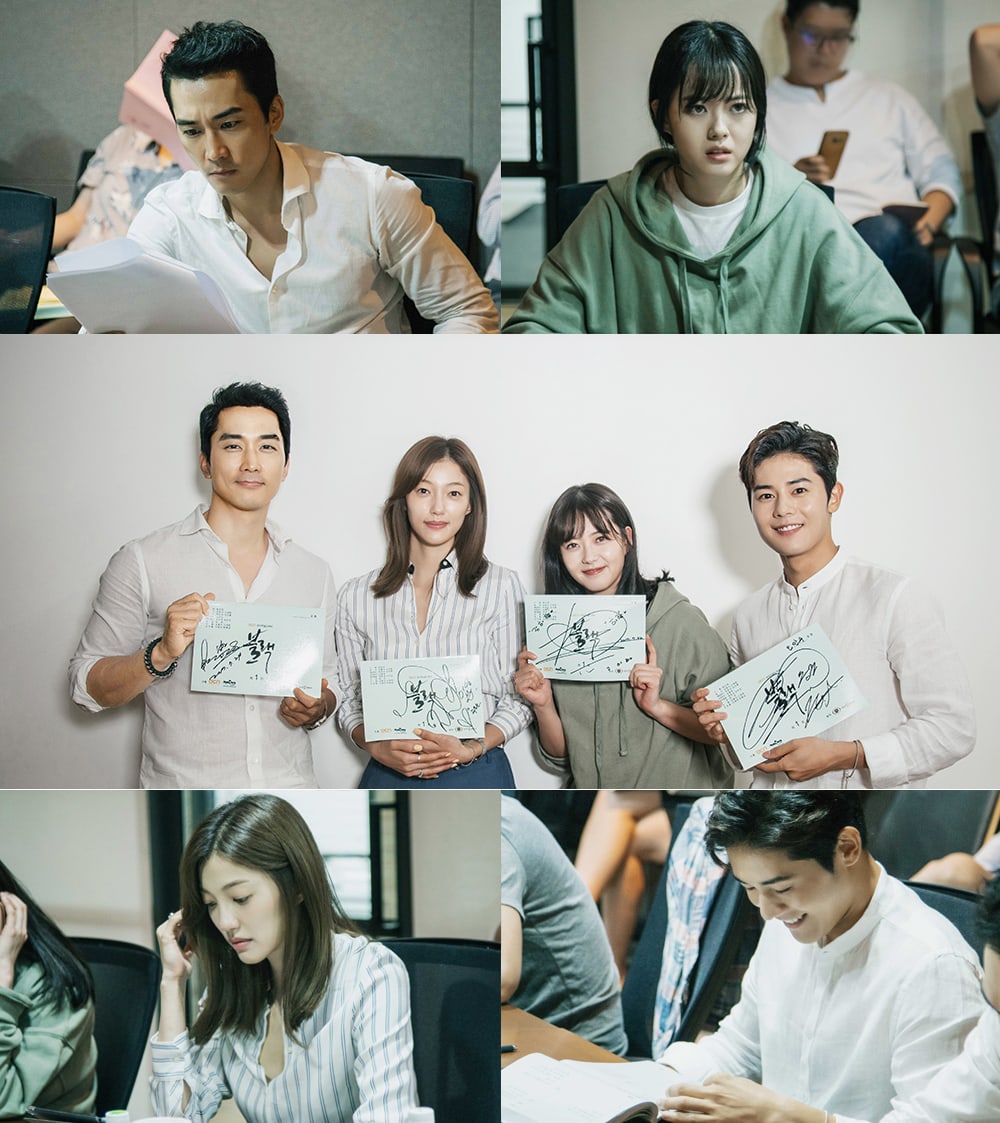 On July 24, OCN’s upcoming drama “Black” held a script reading, and a video of it was revealed on August 10!

“Black” tells the story about a grim reaper named Black (Song Seung Heon) and a woman named Kang Ha Ram (Go Ara) who can foresee death. Together, they go against the rules of the heavens and fight to save someone’s life. The drama will be directed by director Kim Hong Sun of “Voice” and was written by screenwriter Choi Ran of “God’s Gift – 14 Days”

At the script reading, Song Seung Heon portrayed the grim reaper’s cold qualities as well as his unexpected awkwardness. Meanwhile, as Kang Ha Ram, Go Ara spewed out curse words in one scene and cried her eyes out in another.

Lee El plays the beautiful doctor Yoon Soo Wan, a woman who is madly in love with a character named Han Moo Gang. Kim Dong Jun, on the other hand, plays Oh Man Soo, a unique second generation chaebol who is not afraid to get on his knees and lower himself.

The producers shared, “The script reading was full of reality thanks to the actors’ careful attention to each character’s characteristics. We were able to see the tension that comes from the mysterious plot, as well as the unexpected points of laughter in some of the scenes. Please anticipate and support the premiere of ‘Black.'”

Meanwhile, OCN’s “Black” will begin airing in October after “Save Me.”

Have a glimpse of the actors portraying their characters from “Black” in the video below!