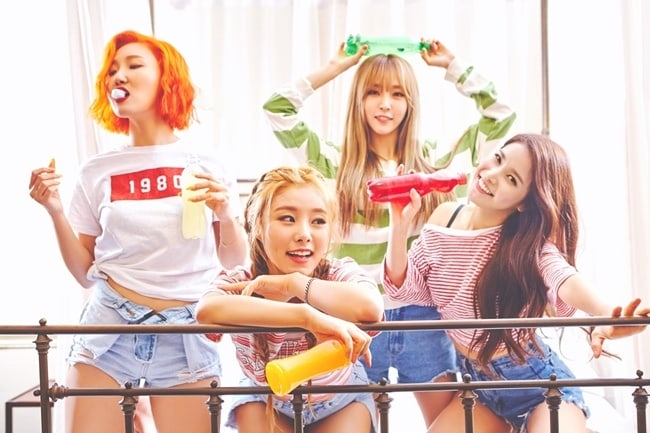 MAMAMOO debuted in June 2014, with their hit song “Mr. Ambiguous.” They have often been considered and listed as one of the best debuts of that year, and they have only impressed their fans since then with their uniqueness, beauty, and charm. Solar, Moonbyul, Wheein, and Hwasa are all super talented girls, and deserve more love, recognition, and appreciation! So fellow Soompiers, get ready to fall in love with MAMAMOO and call yourself a MooMoo! 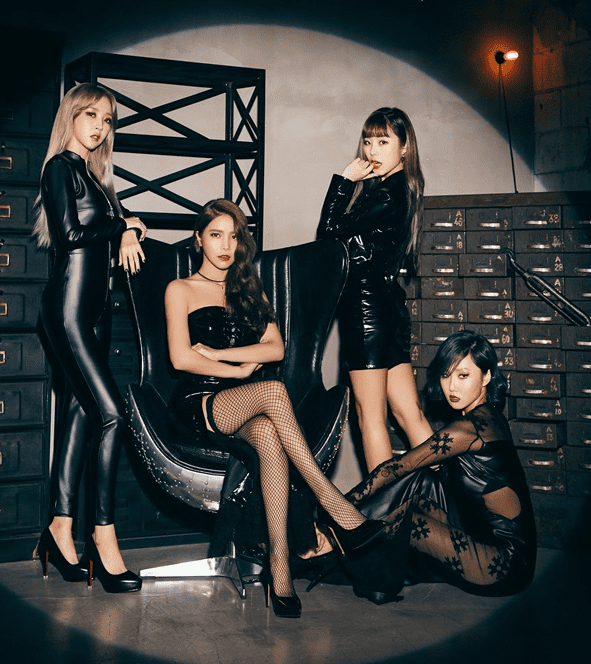 Let’s state the obvious first. These girls can sing! And I mean sing! The main vocalists are powerhouses, and even the designated rapper, Moonbyul, could have debuted as a lead vocalist. In fact, they are so musically talented and so in sync with each other that they can break out into impromptu harmonization sessions right there on the spot! Their voices, while distinct and powerful on their own, blend together beautifully to create gorgeous harmonies.

MAMAMOO singing a capella in the presence of Solar’s once onscreen husband Eric Nam.

Moonbyul impressing us with both her singing and rapping skills!

Anyone who has watched their variety appearances know that they are hyperactive little beagles (though they stress that they are introverts). Even though they’re still considered relatively new in the industry, they have, more or less, let go of their female idol images and have chosen instead to just be themselves. From their derp faces, to them appearing without makeup on camera, to their general wacky behaviour, these girls are flat out entertaining and will always put a smile on our faces!

Go watch their “Weekly Idol” appearances! You won’t regret it! 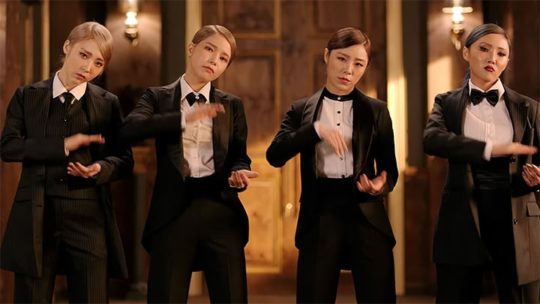 Ever since their debut, MAMAMOO has really embraced a classic Hollywood kind of style, which really separates them from other girl groups. And while most girl groups will have a comeback with a retro or throwback style concept, these girls basically embody this from their outfits, to their MVs, all the way to the instruments used in their music. And because it is part of who they are, they effortlessly bring that grace and charm to all the various concepts they try, including androgynous, sexy, chic, and noir. And trust me, they look amazing in every single concept they do! 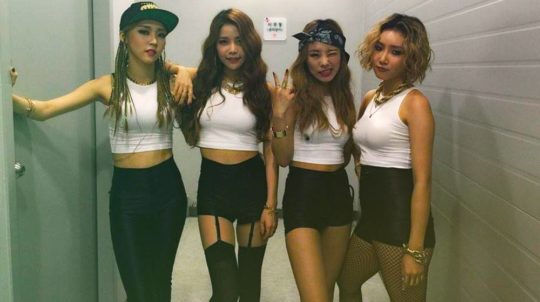 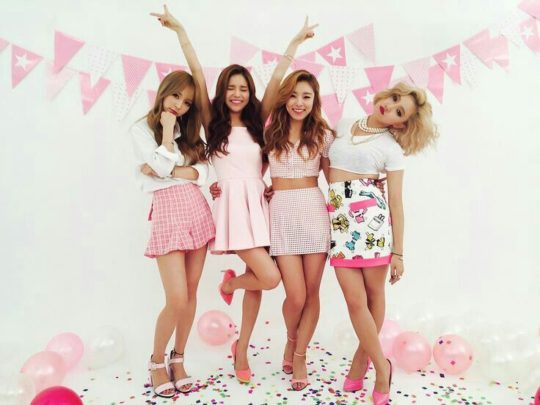 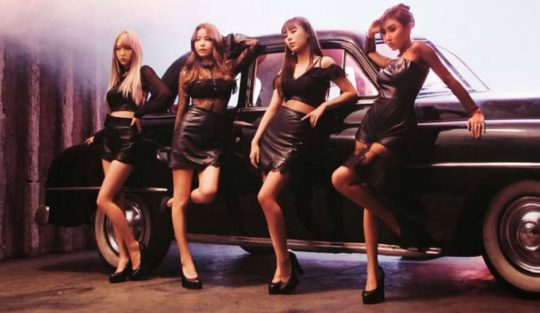 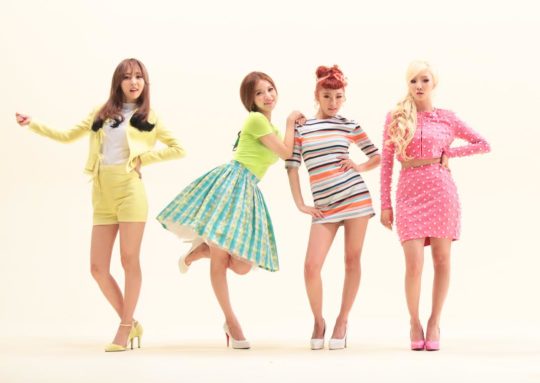 Their superb voices and their big personalities are reasons enough, but to add on top of that, their performances are always captivating. They command the audiences’ attention. But that’s not enough for our girls. Nope, they go the extra mile and often pepper their performances with exciting adlibs and witty remarks, referencing BIGBANG, BTS, and even Jung Woo Sung. These changes keep their stage performances constantly fresh and exciting and have us wondering what they’ll throw in next!

Compilation of their various adlibs for “Yes I Am”

Hwasa showing us how to clean sexily

Hwasa is the maknae (youngest) of the group. Yes, you read that right! When I first came across MAMAMOO, the member that caught my attention straight away was Hwasa. That could highly be due to her bright orange short haircut (at the time), but her personality is one that draws you in as well. There is just something so appealing about Hwasa, made even more so by the fact that she’s the maknae. She’s sexy as heck, has an old-school beauty to her, and isn’t afraid to flaunt her curves (and thighs; seriously, there’s an appreciation thread about her thighs!).

Also, she’s the mastermind behind this:

These girls not only go the extra mile in their performances, but they also do so in their fan service. There is a reason their fanclub set the record for accumulating the most members in a girl group fan club! They are not only active in their fanclub, but they’ve also done AMA’s (Ask Me Anything) on reddit to connect with their international fans. Fans have also shared their countless amazing encounters with MAMAMOO, including one where the girls recognized a fan’s voice from a fan taken video, then walked across the stage just to shake hands with her! 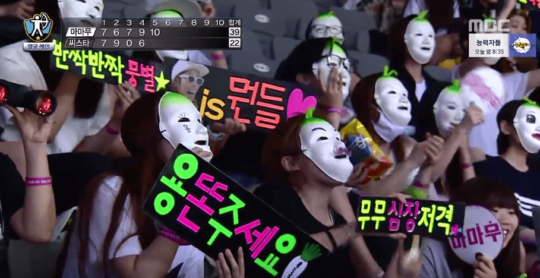 I love the girls, but between you and me, these fandom masks kind of freak me out.

Honestly, there are many reasons to love these awesome girls. They are talented, down-to-earth, and seem to be having so much fun doing what they are doing. They are all basically girl crush material! So what are you waiting for? It’s time to go MooMoo for MAMAMOO!

Hey Soompiers, what do you love about MAMAMOO? Leave your comments below and let us know!

Belinda_C discovered MAMAMOO when watching “Weekly Idol” and has not looked back since! She also loves Shinhwa.

MAMAMOO
Soompi Spotlight
How does this article make you feel?