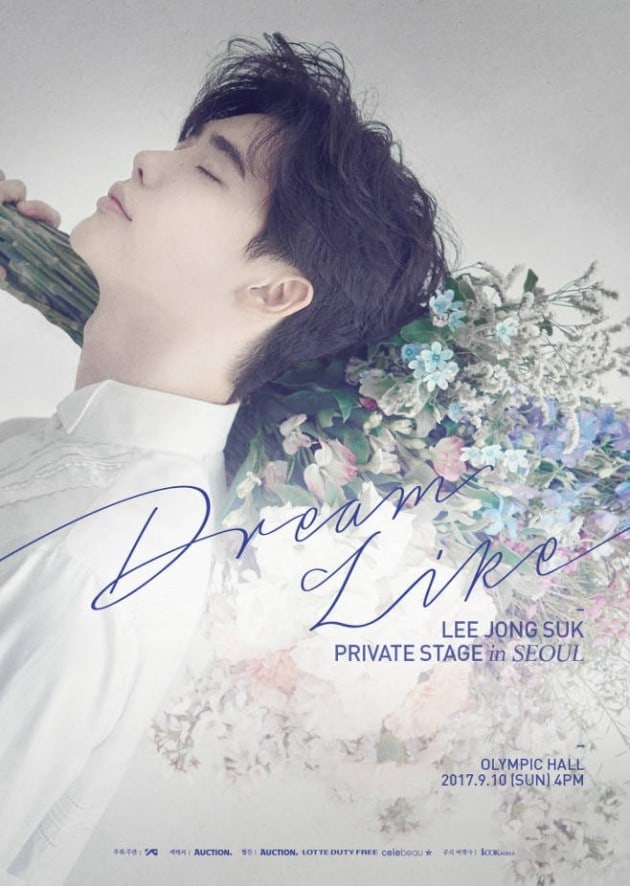 Lee Jong Suk’s fan meeting delay has come to an end as his agency, YG Entertainment, set a new date.

Previously, there had been hints of a miscommunication between Lee Jong Suk and his agency as both sides responded to the delay in setting a date.

On August 17, YG Entertainment released a statement through their official homepage announcing that the fan meeting would take place on September 10.

“The fan meeting will have a sweet and magical concept like something you see in a dream,” the statement read. “‘Lee Jong Suk Private Stage Dreamlike’ [the title of the fan meeting] will be held on September 10 at the Seoul Olympic Hall. We thank the many fans who have waited a long time for this meeting.”

Meanwhile, Lee Jong Suk’s latest film, “V.I.P,” is slated to premiere on August 24. His upcoming drama with Suzy, “While You Were Sleeping,” is expected to air sometime in September.